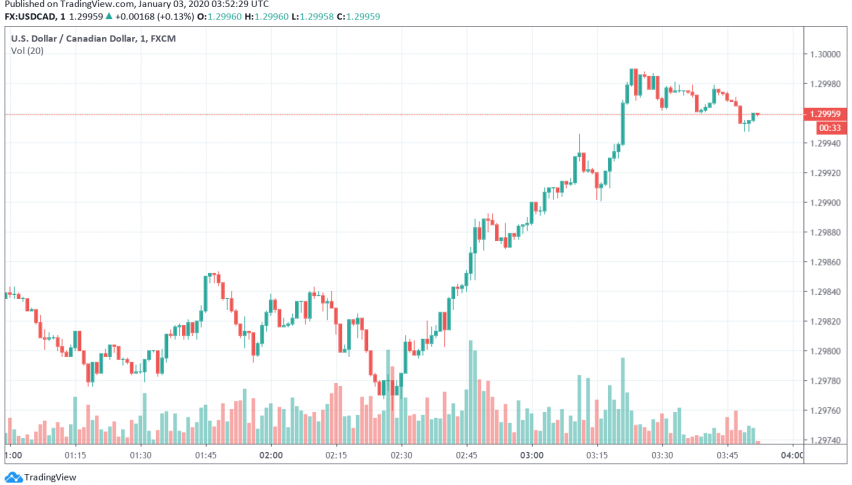 Factory activity in Canada grew at the weakest pace seen since four months during December, driven lower by a fall in new orders and a weakening in business optimism among manufacturers. The IHS Markit Canada Manufacturing PMI declined to 50.4 in December from 51.4 in November, but remained above the 50-threshold indicating expansion.

The decline in the manufacturing PMI came as new orders contracted for the first time in four months, with its sub-index reading touching 49.4 in December, down from 51.6 in the previous month. Weaker demand in auto and energy sectors in addition to not getting enough new work from the US caused this contraction in new orders.

Employment in the Canadian manufacturing sector also grew at the weakest pace seen since August. Manufacturers surveyed expressed the lowest level of business confidence about prospects for production growth in the coming 12 months.

The disappointing data from the manufacturing sector caused the Canadian dollar to weaken against the US dollar. At the time of writing, USD/CAD continues to trade bullish around 1.299.