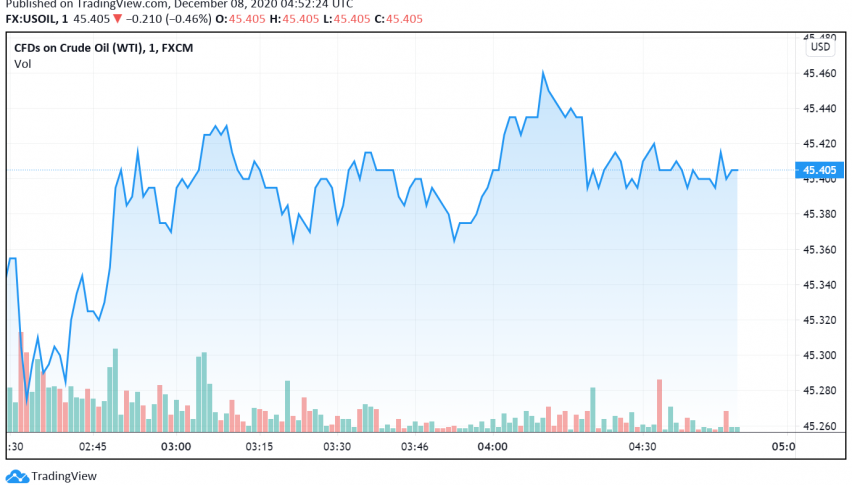 Early on Tuesday, WTI crude oil prices continue to weaken amid worries that the ongoing spike in cases would force authorities to impose more lockdowns and restrictions, even as the US state of California implemented tighter lockdown measures. At the time of writing, WTI crude oil is trading at around $45.40 per barrel.

During the previous session, crude oil prices fell by around 1% as the optimism surrounding the development and rollout of vaccines against COVID-19 gave way to fresh fears about the latest wave of infections. Several countries in Europe and parts of the US have already announced new lockdowns, which could further weaken not only the economy but also oil demand.

The most populous state in the US, California, has announced stay-at-home restrictions that could last for at least three weeks, in order to combat the surge in fresh cases and hospitalizations. Meanwhile, France is also widely expected to extend its lockdowns past next week as the number of cases fails to come down.

In addition to the number of cases rising across the world, crude oil prices could also see some movement on developments related to the next round of fiscal stimulus measures. More stimulus could help revive the US economy by adding more jobs, which could also boost oil demand and support prices.