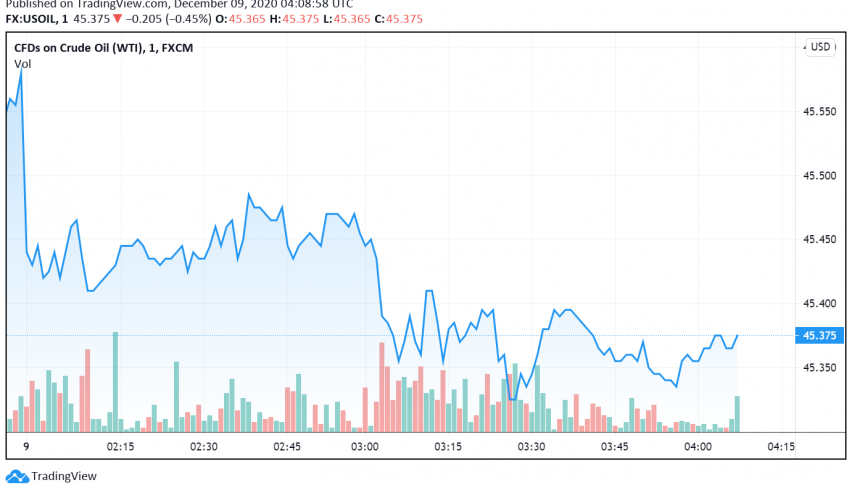 According to the API report which was released on Tuesday, crude inventories in the US increased by 1.14 million barrels during the past week. Economists had forecast a drawdown of 1.42 million barrels instead, and the unexpected build turned crude oil bearish.

Crude oil enjoys some support from rising hopes in the markets that the rollout of the vaccine could help drive economic recovery and increase the demand for oil across the world. Britain became the first country in the world to begin mass vaccination, and other countries are soon to start distribution as well.

Later today, WTI crude oil prices could experience movement on the release of the official EIA inventories’ report during the US session. In the wake of the latest spike in cases, the report would be able to offer more accurate insight into oil demand in the country.