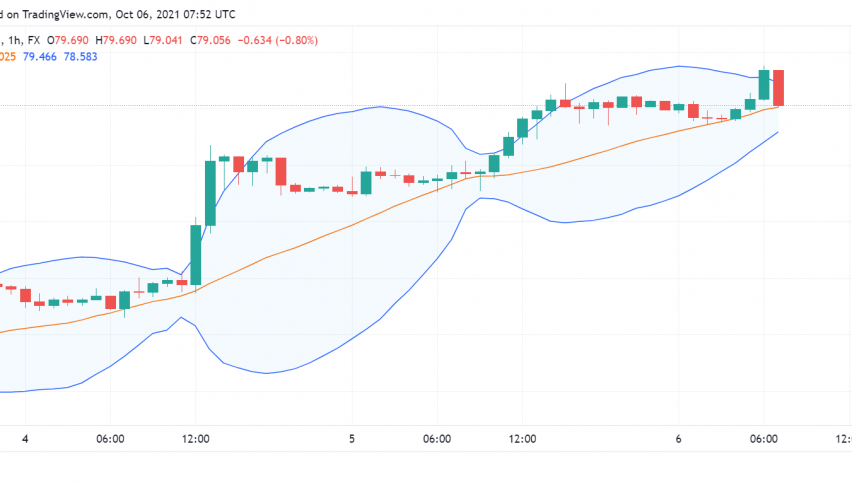 Early on Wednesday, WTI crude oil continues to trade strong after touching multi-year highs in the previous session as investors reacted to OPEC and its allies’ decision to continue with their gradual increase in oil supply despite rapid economic recovery around the world supporting a strong rebound in demand. At the time of writing, WTI crude oil is trading around $79.05 per barrel.

After trading cautiously at the beginning of the week, the OPEC+ decision to keep the supply side tight even as demand recovers drove strongly bullish moves in the commodity. Earlier this year, the leading oil producing nations around the world had decided to increase oil supply by 400k bpd each month till April 2022, easing the severe supply curbs put in place when the pandemic started last year gradually.

Since the beginning of this year, crude oil has gained over 50% of its value, rebounding and adding more pressure to the already rising inflation across leading economies around the world. This has raised fears among investors that crude consuming countries like the US and India could see an adverse impact on their GDPs.

However, several nations had been pressuring the group to rollback on this decision and boost production to offset the rising costs for the commodity that have been hampering their economic recovery. There was some concern among oil traders over the possibility of OPEC+ increasing supply beyond its plans and flooding markets with more oil.

Although WTI oil touched the highest levels seen since 2014 on Tuesday, gains remained contained following the release of the API report which revealed a build in US crude inventories. According to the API, crude stockpiles in the US increased by 4.1 million barrels against economists expectations for a drawdown by 2.33 million barrels over the past week.