Risk Aversion and Brexit Fears Are Back on the Table

The risk aversion sentiment has returned to the financial markets this week, and since the forex market is a very important component of the financial markets the symptoms are only amplified. The ‘Risk’ currencies, such as the commodity dollars, are in retreat while the ‘safe haven’ currencies are enjoying the ride. The US Dollar has been gaining against the commodity dollars but has been losing ground against the Japanese Yen and the Swiss Franc, which are the prime beneficiaries during such times. 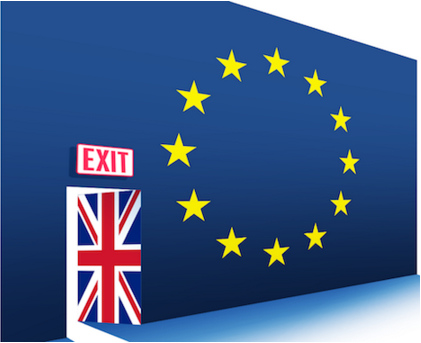 The odd thing here is the retreat of the Euro. As we have pointed out before, the Euro has recently turned into some sort of safe haven currency since it is a ‘funding currency’, meaning that when the sell-off of stocks and commodities intensifies, one of the main currencies the investors get in return is the Euro. But this week, the Euro has been declining together with the risk currencies. You ask: ‘why is that?’. It´s because of Brexit fears. The British Pound has been in a relentless downtrend recently and today it broke below 1.40. But the Euro is not immune from Brexit. If Britain is out of the EU, then that means that this is the beginning of the end of EU, since it would spark a chain reaction. Back in the day, many said that the Greek crisis would not harm the EU, even if Greece had to leave. And while that was true, the real danger of EU was the British referendum a few years later. Anyway, let´s get back to forex. The level around 1.0970 in EUR/USD has been in a strong resistance recently and that´s why we decided to open a buy forex signal this morning. We opened one forex signal last night a bit higher and it hit take profit. We just regret that we haven´t been more aggressive in opening more sell forex signals in GBP/USD, but in our defence, it would be like trading politics rather than trading forex.