The Oil Comedy Keeps Getting Funnier

The meeting of the big oil producers in Algiers continues today as well. I lost count, so I don´t know which day of the meeting this is, but I assure you it´s going to be fun. Forget the central banks and their well-calculated comments, the oil bunch steals the show when it comes to reaching a deal about oil production. They deserve the comedy award.

Last week, the meeting started with high hopes and encouraging comments from all sides. Listening to their initial comments separately you assume that consensus will be reached soon. But when they get together the greed, envy and all other factors mess their heads and the individual interests become more and more evident. The more these sort of meetings last the further away from the consensus they get.

When the meeting started last week, it was all ice cream and jelly; all the members proposed deals which seemed reasonable and the attitude in general was positive. It looked like a deal on oil production was a matter of time. Saudi Arabia pledged to cut their oil output by 0.5 million barrels per day (bpd) if Iran would freeze its output at current levels.

But Iran wants to reach 4 million bpd which was the pre-sanction level. Besides that, the political tensions between the two Gulf countries have aggravated the situation. Everyone keeps throwing similar proposals at the table but there´s a heavy feeling of distrust among the bunch.

I don´t blame them, Russia which is not an OPEC member has been playing the responsible adult, urging the OPEC countries to come to a conclusion in order to join the agreement. if there is one. On the other hand, Russia has increased their oil output to 11 million bpd in September, which is a post-Soviet record. That´s total madness when you try to reach a deal to freeze oil production. 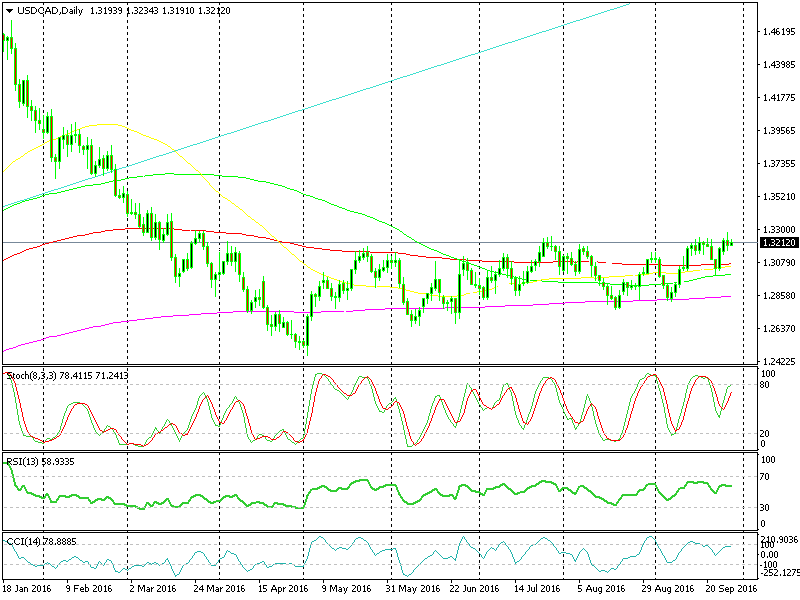 The numbers were published only a while ago so we´ll see the reaction of the OPEC members soon, but my gut feeling tells me that this will be just another confusing meeting for the oil market. London Brent oil is at the lowest levels in more than a month. USD/CAD is hanging at the top of the range around 1.32, but if the deal is off, then the blowout will come soon, so keep an eye/ear at the Algiers meeting.

Buying USD/CAD at the 100 SMA, as Canadian Inflation Cools Off
18 hours ago