Is the Nikkei Setting Up for a Break Lower? - Forex News by FX Leaders

Is the Nikkei Setting Up for a Break Lower?

The Nikkei followed US equities higher overnight as investors were pleased to hear about US President Trump's proposed tax plans and the fact that they were making progress.

Overnight the Nikkei mostly plays follow the leader however during Asian trade we are setting up for a potential break lower. There's a bearish candlestick pattern that I have my eye on which can lead to a move to the downside. We often see the Nikkei jump around in late trade and many times it's a retrace. 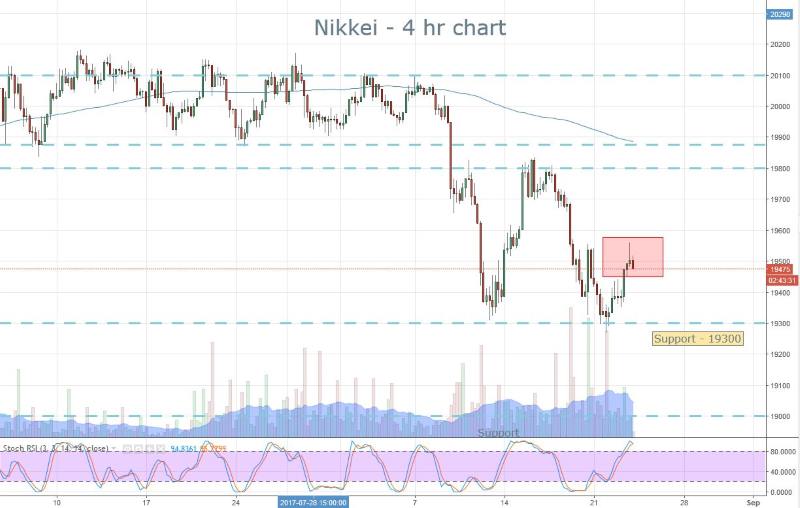 We can see a downtrend is forming and this is helping to hold down the move that has been established. There's also the key support area at 19300 that we've tested. It looks like there is a head and shoulders pattern developing so I can think of a few reasons for a potential short here.

Manufacturing PMI was largely positive, however it appears it might not have been enough to continue the overnight strength.