In my previous update on the Crude Oil, I focused on the EIA report. The Crude Oil traded bullish as per our plan, but the move wasn't enough to capture. Today, we are focusing on the Final GDP from world's top Crude Oil consumer as it's going to impact the demand for Crude Oil.

As per the Energy Department, the U.S. crude inventories fell 1.8 million barrels versus forecasts for a 3.4 million-barrel build during the previous week. The draw in inventories hikes the prices of Crude Oil and that's what happened yesterday. Since the API report was also similar and was already "Priced In," that's why we have not experienced many gains. 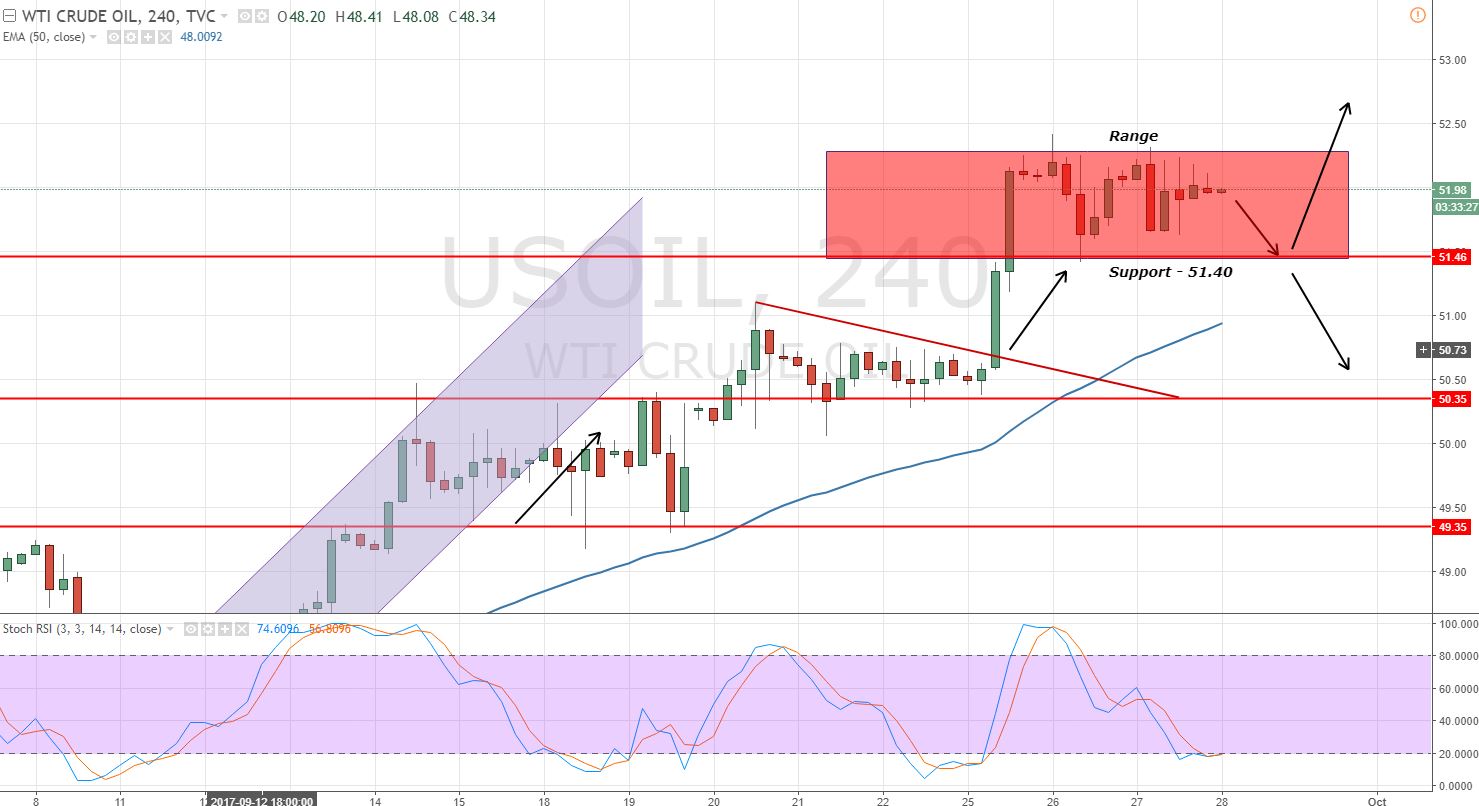