Take Aim, Shoot the Euro Down

We just opened a sell signal in EURUSD if you noticed. So, now let’s have a look at the reasons why we decided to go short on this forex pair.

For starts, we always look at the trend as the main indicator. The trend has been clearly bearish this week. In fact, it started to turn bearish in September so the bigger trend is reversing after months of climbing higher. 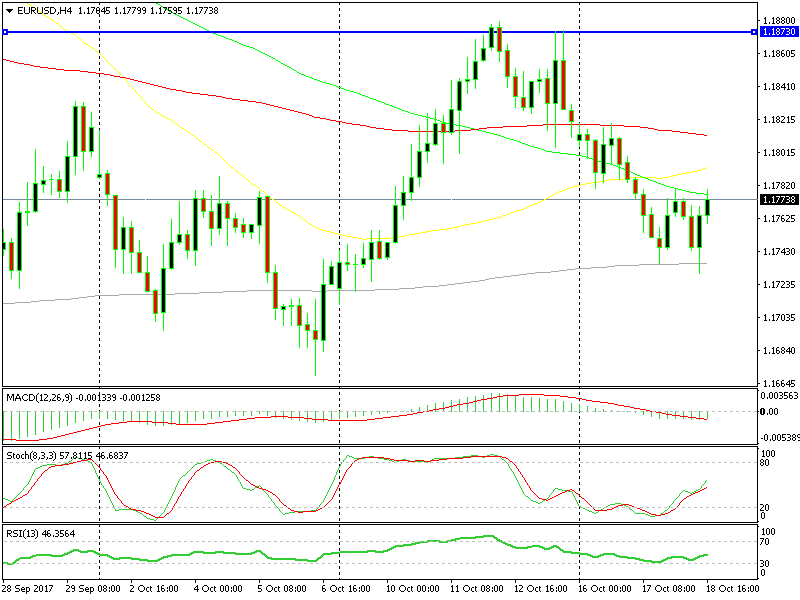 The price is trading between the 20 and 100 SMAs

The second technical indicator is the 100 SMA (green) on the H4 chart. That moving average has been providing support and resistance this week and it is doing the same right now.

If we switch to the H1 chart we can see that here it is the 50 SMA (yellow) which is providing resistance on top. The price has pierced it at the moment, but the hourly candlestick must close above it in order to be considered as broken. 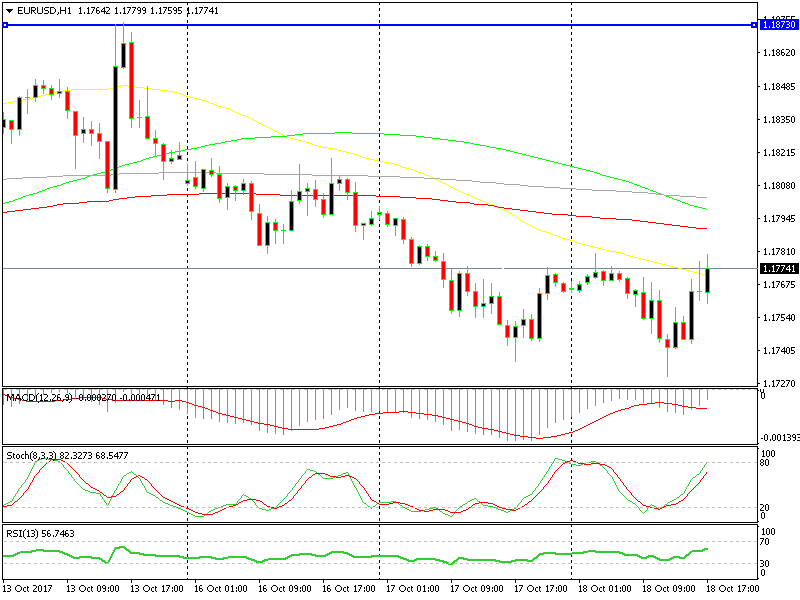 The stochastic indicator is providing resistance on top

Besides that, the previous hourly candlestick closed as an upside down pin which is a reversing signal. So, technically this pair looks bearish, despite the latest push higher. The situation in Spain is not getting any better as Spanish officials threatened Catalonia earlier today. So, fundamentally the Euro is bearish too.