Get Ready to Trade EUR/JPY as this Tug of War is Coming to an End. - Forex News by FX Leaders 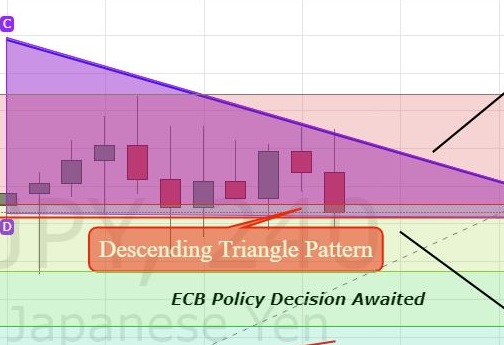 Get Ready to Trade EUR/JPY as this Tug of War is Coming to an End.

The EUR/JPY is stuck in a narrow trading range of 133 – 133.250 in the wake of a weaker euro (and yen). That’s right, both of these currencies lack demand. Investors are feeling hesitant to buy the euro before the ECB meeting. Whereas, the risk-on sentiment is driving yen sellers. But the tug of war between the bulls and bears is going to finish today with the release of the European monetary policy.

Looking at the 4-hour chart, the Japanese cross, the EUR/JPY, is facing strong resistance up at 133.250 along with support near 133 (double bottom pattern). Zooming out on the chart, it clearly looks like a small descending triangle pattern which is struggling to break downward. Is it going to break now or on the news? I can’t say much about it but it surely is a hot trading setup. 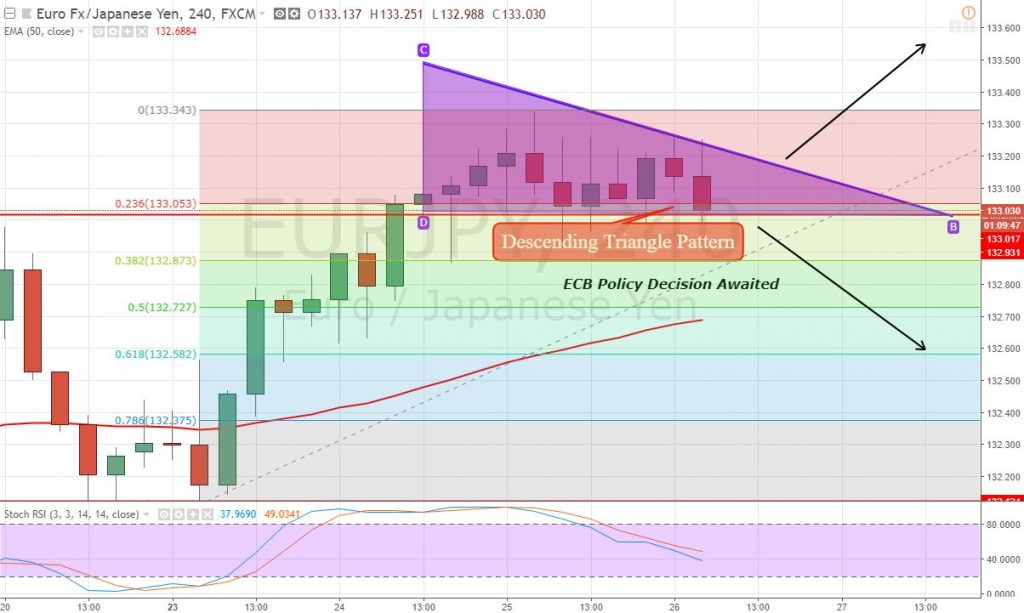 The RSI and stochastics have started coming out of the overbought territory, which is signaling the potential for a further retracement. By the way, Yuppy has already completed a 23.6% Fibonacci retracement at 133 and the 38.2% level prevails at 132.85. Check out the trade plan below…

Although it’s preferred not to take a position until the release of the ECB’s monetary policy decision, the rough idea is to take a sell position bellow 132.95 to target 132.75 and 132.55. On the flip side, buying is preferred above 133.280 with a target of 133.650. Refer to April -26 Economic Event Brief for handy information on the ECB’s meeting & expectations. Good luck!

List of US Companies Releasing Earnings (EPS) Today
2 days ago
Crude Oil Succeeds in Maintaining the Bullish Bias of the Previous Session - A Fundamental Outlook!
2 days ago
Comments