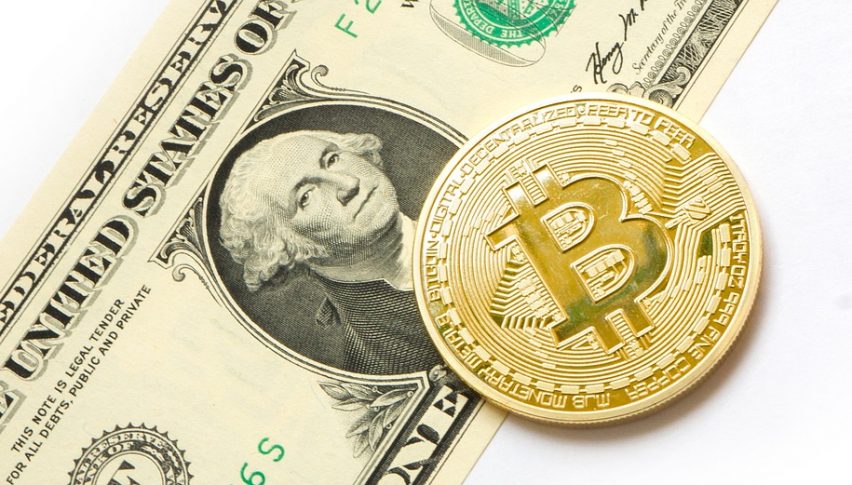 Strangely, Bitcoin and the USD have been going the same path in the last month

Yesterday’s US CPI report exposed what everyone was thinking, that the uptrend in the USD needs a refreshing. So, the Dollar is in a pullback period now. It started on Wednesday and is continuing. Cryptocurrencies are on the slide again and are threatening the support. Let’s have a deeper look at what’s been going on today.

After several weeks of trending up without a decent pullback and without countering much resistance, it was time the USD made a meaningful retracement. If a currency gains 500-600 pips in a few weeks, you should be ready for a violent pullback. That’s what’s happening now.

EUR/USD is about 100 pips higher from the lows and is still climbing higher. The picture on the daily and weekly charts show this pair turning bullish. Although, I see this move as a retrace and not a reversal. Therefore, I am following the price action to see where we might open a long-term sell forex signal. The obvious levels are 1.20, 1.21 and 1.22. Though, we will have to decide when this pair gets up there.

GBP/USD is more than 100 pips higher from the lows yesterday. If you remember, this forex pair lost around 150 pips yesterday after the Bank of England BOE failed to convince the market that they are still hawkish. They tried not to scare the markets, which would have sparked a bigger selloff in GBP pairs.

GBP/USD lost considerable value yesterday, but today this pair is more than 100 pips higher. This sort of price action tells us that the weakness is on the USD side this time. If the Buck is pulling back against the GBP, then the USD is in retrace mode.

Commodity currencies are making the most of it. They had suffered considerably during the USD uptrend of the last few weeks. Now, they are making their way up, particularly the CAD which is being encouraged by increasing Oil prices. Although, I still see this as a good opportunity to sell the rallies. We sold NZD/USD a while ago.

Cryptocurrencies have been retracing lower in the last few days. I covered them on Wednesday and I pointed out two moving averages which were providing support on this pullback lower. The chart setup looked like it was going to turn bullish soon. The 100 simple MA (green) held the decline and the daily candlestick closed as a hammer, which is a reversing signal, particularly after a pullback.

Naturally, I thought that the pullback was over and the uptrend was about to resume again. Looking at the daily Bitcoin chart today, the reversal pattern from two days ago has been ignored and sellers are trying to break the support area.

The support area comes at $8,600, the low for nearly a month now. Although, the 100 simple MA (red) is not broken yet. The price is still trading around that moving average. If today’s daily candlestick closes above it, then it is likely that it resists as support and a reverse higher might follow. Otherwise, if it gets broken today, then the slide might stretch further. The stochastic indicator is oversold indicating that the pullback lower is complete. Let’s wait until the end of the day though, to see what Bitcoin wants to do. 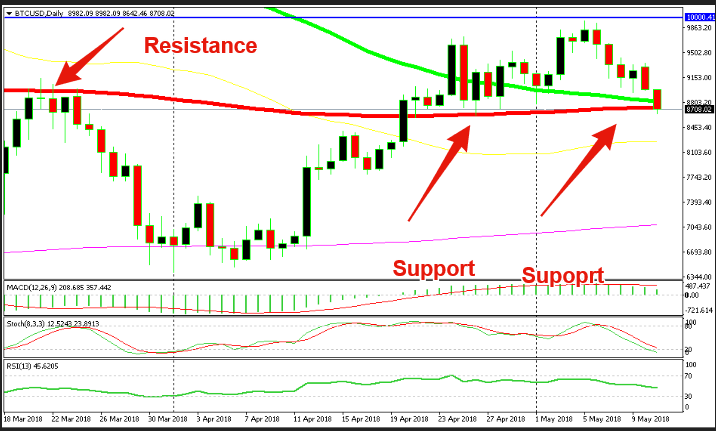 The 100 SMA is fighting for its life 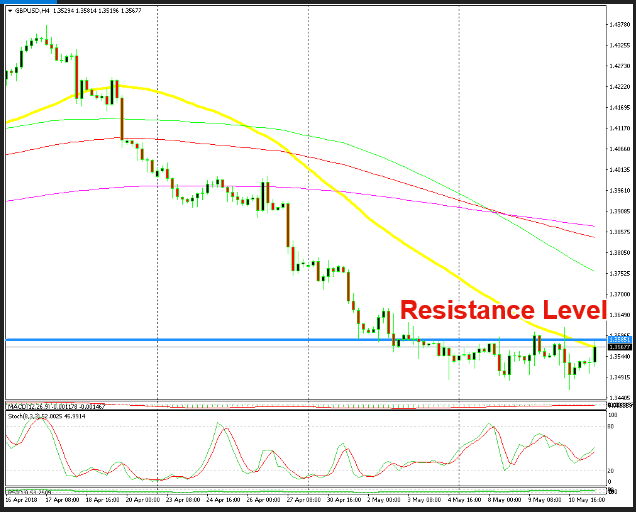 We already sold this pair at the 50 SMA

This forex pair has turned bearish on the larger timeframe chart, but today it has been pulling back up. Although, it seems like the pullback might have reached the limits. The resistance area around 1.3580-1.36 is holding. The 50 SMA, which has been the main resistance indicator during the downtrend, is again doing its job. I am thinking of going short on this pair right now, or pretty soon.

The uptrend in the USD has stopped for a breath of fresh air. The forex market is refreshing as the USD pulls back, but this pullback might have come to an end. Later on, we have Mario Draghi speaking and the release of Canadian employment in addition to the US consumer sentiment. These events might change the situation, so let’s keep posted.