Forex Signals US Session Brief, May 24 – Inside Trading in GBP Once Again - Forex News by FX Leaders 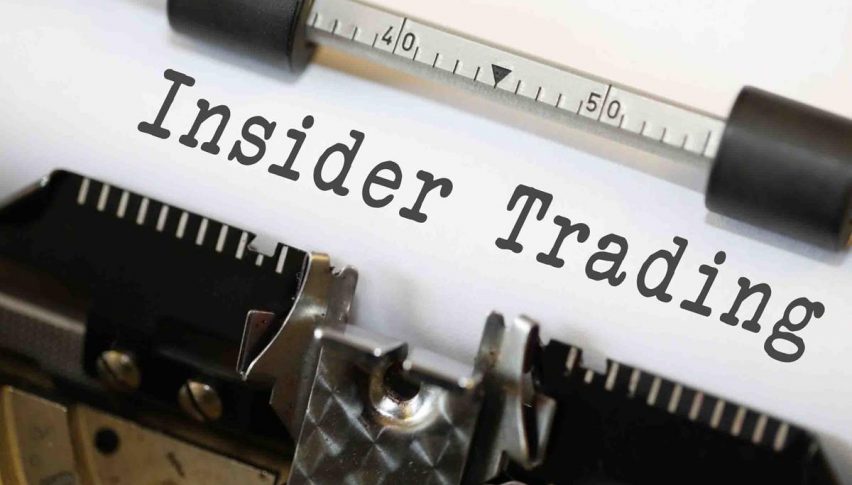 Forex Signals US Session Brief, May 24 – Inside Trading in GBP Once Again

The ECB monetary policy meeting minutes is the most important forex event today. However, because ECB officials have been very vocal in the last few days, we already know what they think. The strangest thing happened in GBP pairs today. This currency spiked before the news release. This spike looked like insider trading to me.

Someone Is Making Big Money at the UK ONS

If you followed the price action before the UK retrial sales report was released, you should have noticed the 60-70 pip jump in GBP pairs. GBP/USD jumped off the 20 SMA on the H1 chart, claiming around 60 pips in a short period, reaching the 100 SMA.

That doesn’t look like normal price action. Usually, there is not much action before the major economic news is being released. The times when there is a quick correction or a quick positioning of forex traders before such news are very rare. Even when that happened, it doesn’t usually look like this. The price doesn’t usually surge in one direction if there is action before the economic news. It usually is more of a scattered price action with quick up and down moves because of the panic.

This move was not like that. The GBP surged without looking back as if it knew that the retail sales were going to be great this time around. Last month’s UK retail sales were really horrible as they declined by more than 1%. So, if there was a last minute panic move before today’s numbers were released, it should have been on the downside, considering the terrible retail sales last month. But, the move happened on the upside.

So, this sort of price action in GBP points to one thing, INSIDE TRADING. Inside trading happens when someone who is aware of the economic numbers tries to benefit from it by opening large positions in the direction that the data shows. The UK retail sales report today was really great and a total turnaround from last month’s terrible reading.

Someone knew about that without a doubt. Who would be that person? Well, someone who works at the Office for National Statistics obviously, or their families. Remember that the wife of the SNB (Swiss National Bank) chairman was investigated for inside trading a few years ago. The Swiss and the SNB have a reputation for being very strict and water tight when it comes to such things, but even so, the wife of SNB Chairman couldn’t keep her hands away from some easy money.

This sort of thing happens quite often with data releases from the ONS in the UK. By often I mean a few times a year, those guys are not stupid. Inside trading is punishable by law. But, some big shot there thinks they are above the law. These are not just my words by the way; this thing has resurfaced time after time in the last few years in the UK.

The ECB meeting minutes were the major forex event today, but I wasn’t expecting much action in the markets. That’s because we have heard so many ECB members speak recently, so the element of surprise which is the main market mover in forex has been killed. Everyone knows what the ECB (European Central Bank) is going to do short-term. Anyway, here are a few pointers for the ECB meeting minutes:

We knew all this. Only today we had a number of ECB and EU officials speaking out. EU’s Katainen said that the US raising the tariffs on imported cars goes against the World trade organization rules. The German car industry will be hit badly by that. So, many uncertainties for the Eurozone and the rest of the world.

We went short on NZD/USD yesterday at current levels. The price moved lower during the night but it has retraced back up. Although, this pullback move higher seems exhausted now and the 100 SMA is not letting the buyers push any higher. So, it looks like the retrace up is complete. Let’s hope the downtrend resumes soon.

Later on today we will have the US home sales and the BOE Chairman Carney speaking. Let’s see what he has to say about the great retail sales report. He might claim victory once again but the data won’t let him enjoy it. I’m sure there will be more disappointing economic data coming from the UK; as the saying goes, spring/summer doesn’t come with only a flower.