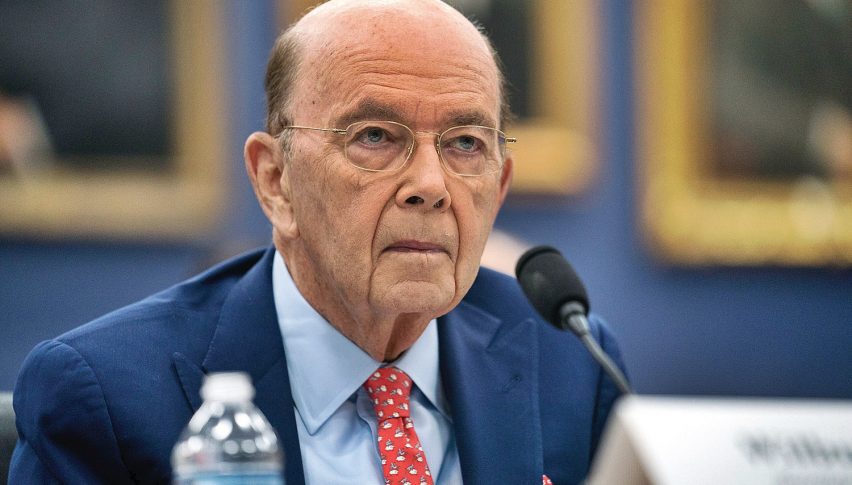 Just as the European Central Bank president Mario Draghi was holding the usual press conference after the interest rate decision, the US Secretary of Commerce Wilbur Ross was speaking at the other side of the pond. Well, he didn’t sound to optimistic about the trade talks that have been ongoing between China and the US. Here are his comments listed below:

We heard rumours from the Financial Times a few days ago suggesting that trade talks between the US and China have been disrupted. The Chinese officials denied those rumours this morning which improved the market sentiment, but now we see Ross confirm those rumours.

The USD has turned bearish in the last two hours as these comments weight on the Buck. Even EUR/USD is climbing higher now despite Mario Draghi accepting that the risks to the downside have increased for the Eurozone economy. But, talks will continue in the US, so let’s not get too carried away right now.

EUR/USD Retreats Below 1.05 After ISM Manufacturing Falls in Contraction
4 days ago

Can EUR/USD Fall Back to Parity After Failing at 1.05?
6 days ago