The 20 SMA Is Broken in EUR/USD, But the 50 SMA Should Hold - Forex News by FX Leaders 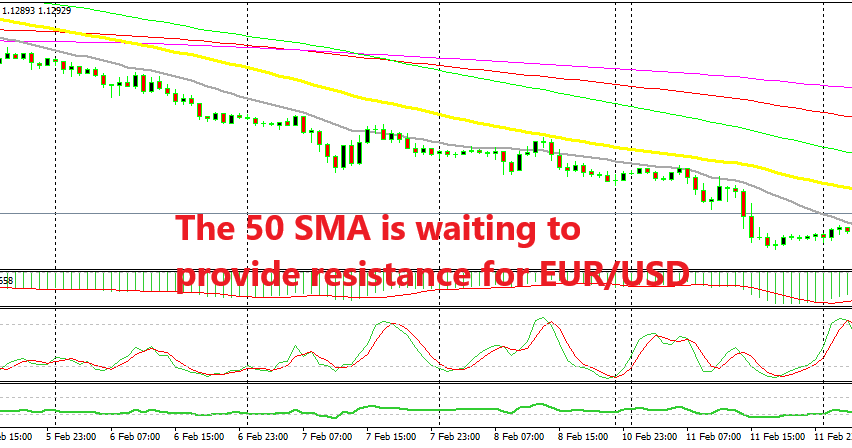 The retrace higher seems complete on the H1 chart

A while ago we decided to go short on EUR/USD as this pair continues to retrace higher during the European session after the pullback during the Asian session. There was a 30 pip decline when the European markets opened, but the price reversed and the pullback higher continued, which we find it pretty luring for shorts.

Today we are seeing a similar occasion. The 20 SMA has been broken as the sentiment in financial markets improve, with stocks and crude Oil running higher. But, we’re getting pretty close to the 50 SMA now which should provide some decent resistance once again.

The stochastic indicator is oversold on the H1 time-frame chart which means that the pullback higher is complete and a bearish reversal should follow. The previous candlestick closed as an upside-down hammer which is yet another reversing signal, so we decided to go short on this pair. I hope that the bearish trend resumes soon since FED’s Jerome Powell is coming up in about three hours and he might send the USD in both directions.

Can Bad News Be Good News for the Euro, As the World Turns Upside Down?
17 hours ago