US Session Forex Brief, May 1 – Traders Cautious Ahead of the FED - Forex News by FX Leaders 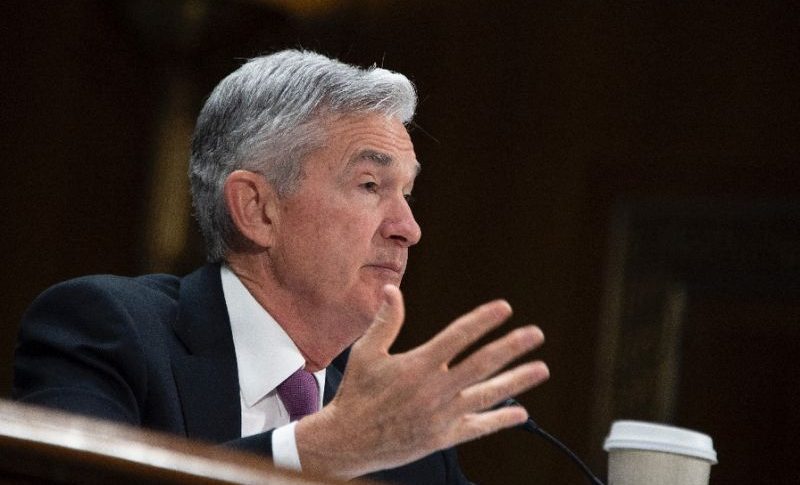 US Session Forex Brief, May 1 – Traders Cautious Ahead of the FED

The FED might even scrap rate hike plans today

The US Dollar has been on a bullish trend last week, but this week it has reversed to bearish as traders wait for the FED meeting and the general consensus out there is that the FED will be bearish today. Yesterday we saw the US Chicago PMI dive to around 52 points from 59 points in the previous month, which gave the USD another kick down the road as it increases the odds of the FED being dovish today.

Although the consumer confidence jumped higher which is a positive thing, it remains to be seen whether the improved sentiment will translate into higher retail sales and higher demand in general. Although, the FED should give us some insight of the economic situation in the US, later today. In the last hour though, the USD has made some gains, so it seems like traders are just trying to get positioned ahead of the FOMC meeting. There are some decent data releases before that though. The ADP non-farm employment change posted some really good numbers earlier while a bit later we have the US manufacturing PMI report to be released. 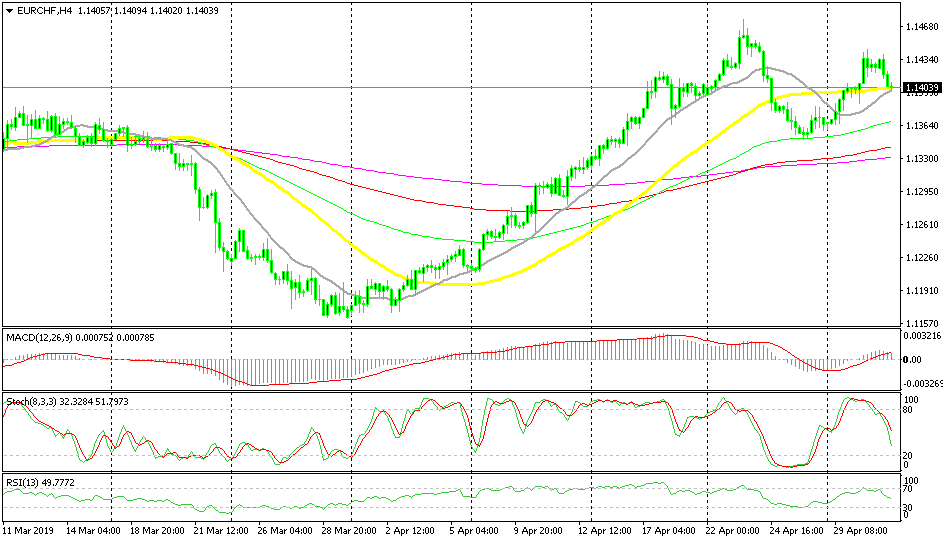 EUR/CHF turned bullish at the beginning of April after the Swiss National Bank chairman threatened with intervention if the CHF kept going higher, thus EUR/CHF sliding lower. The 20 SMA (grey) has been providing support for this pair during the uptrend but last week we saw a retrace take place. The 100 SMA (green) held the place and this week the price turned bullish again. Although today we are seeing another retrace lower. But again, the 20 SMA and the 50 SMA are providing support right now on the H4 chart while the pullback is nearly complete as stochastic shows.

The US ISM manufacturing report released just now showed a big dive which is hurting the USD. This looks strange because the final manufacturing PMI report released a while ago ticked higher from last month. But, the details don’t lie and they were pretty soft as well, so manufacturing heads down in the US as well as in the rest of the globe. Let’s see what the FED has to say about it.