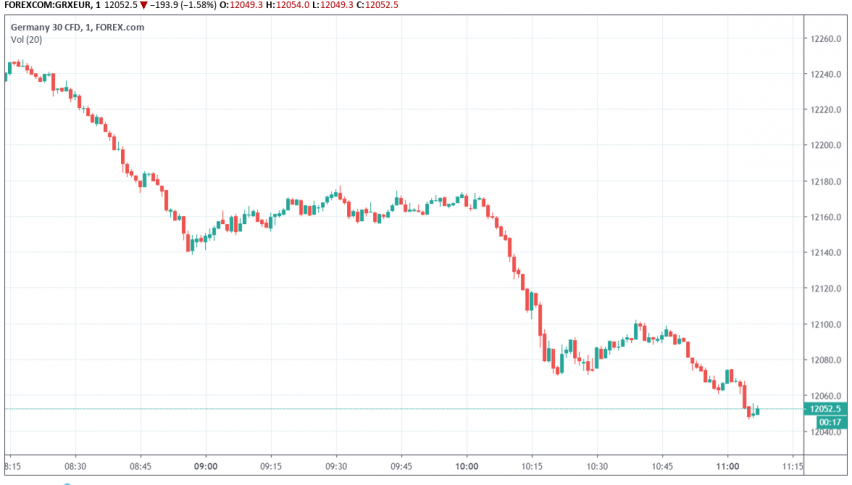 How Has the Huawei Ban Affected European Stock Markets?

While this move certainly raised tensions between the US and China in their ongoing trade war, its spillover effect is something we can observe today. European stock markets had a shaky start to the trading week as semiconductor companies’ stock prices fell lower.

According to a report on Nikkei Asian Review, German semiconductor manufacturer Infineon Technologies had stopped its shipments to Huawei on account of the US ban. This caused its stock to plummet. Also affected were stocks of AMS and STMicro.

A spokeswoman for the German Economy Ministry commented earlier today that it will look into the potential impact of US’s ban on Huawei. Meanwhile, DAX plunged from above 12240 to trade at around 12052, at the time of writing.

Check out our free forex signals
Follow the top economic events on FX Leaders economic calendar
Trade better, discover more Forex Trading Strategies
Related Articles
Can Stock Markets Resume Decline After the Retrace Higher in July?
We remain short on the German DAX30 index, as it continues to find resistance above at moving averages
1 week ago