During the Asian session, the precious metal GOLD prices continue to surge above $1,400 level as the US-Iran conflict fuels safe-haven demand.

Fellas, the price of gold is susceptible to geopolitical tensions and economic uncertainty. Thus, the safe haven gold touched new highs due to disputes in the Middle East. Last week, Iran shot down an American monitoring drone and blamed the US of incursion and spying over Iranian airspace, while the Pentagon said that the aircraft was in international airspace when it was targeted.

Meanwhile, another dovish remark by the US Federal Reserve has supported the gold market while the US-China trade dispute continued to dent investor sentiment.

On the technical side, gold has violated the ascending triangle pattern to trade over $1,400 level. The weekly closing above $1,400 level is making supporting further bullish bias from traders. 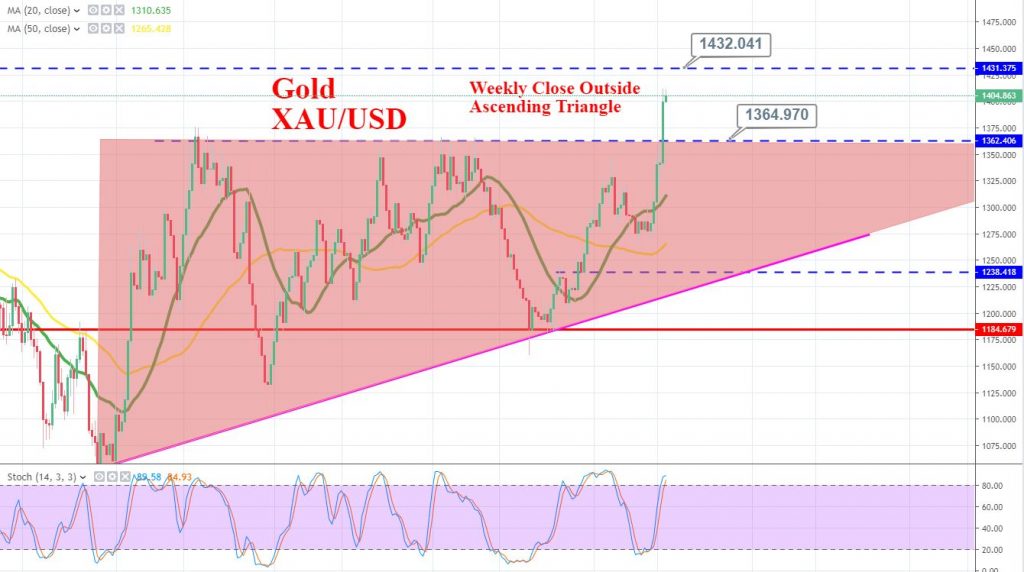