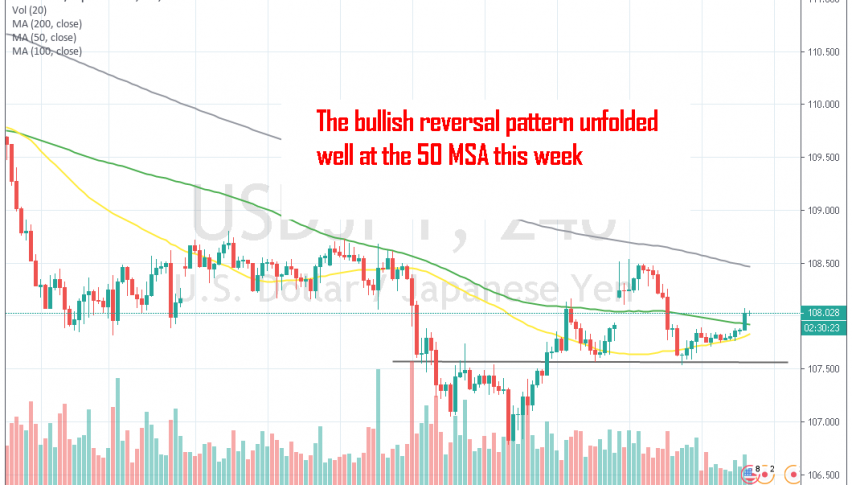 USD/JPY has pushed above the 100 SMA now

Earlier this week, we opened a buy signal in USD/JPY as this pair was retracing lower. Last week this pair reversed higher ahead of the G20 summit, after being really bearish for more than two months as the sentiment in financial markets turned pretty negative. This week, USD/JPY opened with a bullish gap after the positive tones in the G20.

Although, forex traders started selling this pair at the beginning of the week since the larger fundamental picture is still the same as in the last two months with the global economy still weakening. The price slipped around 100 pips lower and fell to 107.50s, which is a support area for this pair. The 50 SMA (yellow) was also standing down there which has also worked as support last week.

Besides that, the price was oversold on the H4 chart and the price formed a pin candlestick which is a reversing signal. So, all signs were pointing to a bullish reversal and we went long on USD/JPY. The price started to reverse towards the middle of the week and today this pair has made a bullish move, climbing above 108 and the 100 SMA (green).

Now I will wait for another pullback lower to the 50 SMA which stands at 107.80 in order to go long again. But I don’t think it will happen today, because the US traders are on a long weekend already for the 4th of July.