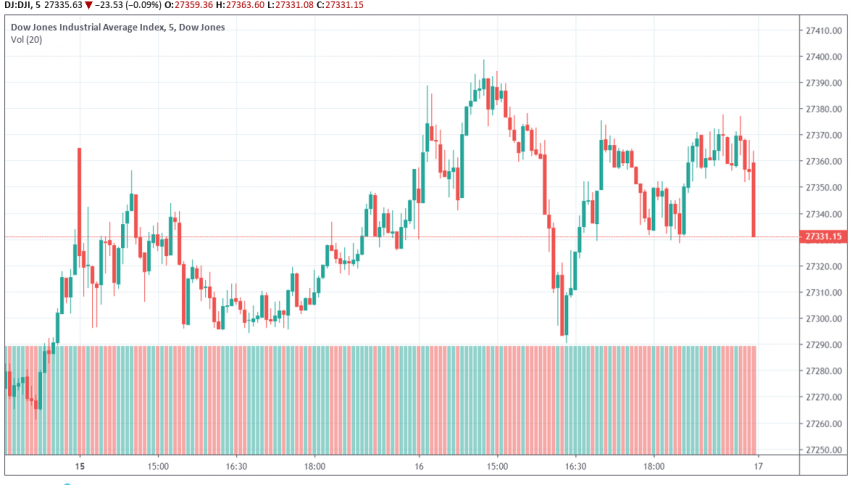 US stock futures are trading lower after President Donald Trump commented that US and China have a long way to go towards finalizing a trade deal. His most recent comments on the ongoing trade negotiations have dented the sentiment in global financial markets, with DOW slipping lower after a four-day streak of closing in the green.

At the time of writing, Dow futures are trading at a little above 27335 after Trump hinted at the possibility of announcing more tariffs on Chinese goods. Previously, at the G20 summit, Trump and his Chinese counterpart had called for a truce in the trade war as negotiations were restarted between both sides.

The US earnings season is on in full swing, and there will be a lot of attention on leading companies like Bank of America, IBM, Morgan Stanley and Netflix due to release their EPS reports later today.

Joe Biden Sworn In As 46th U.S. President
5 days ago