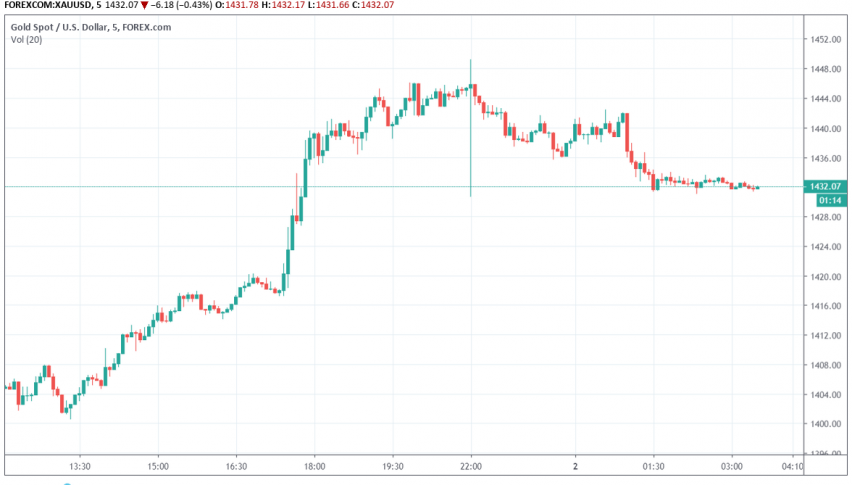 US President Donald Trump’s decision to impose more tariffs on Chinese imports sent gold prices surging higher on Thursday. GOLD climbed up by nearly 2% after this announcement, but has given back some of its gains since then and climbed lower. It is now trading at a little above $1,432 at the time of writing.

Trade tensions between US and China are back, disrupting global financial markets and increasing uncertainty. The new tariffs of 10% on $300 billion worth of Chinese goods will come into effect starting September 1, even as negotiations between both countries’ trade teams remain ongoing.

This has increased the safe haven appeal of gold, which gains value whenever the market sentiment sours. Gold’s surge follows a slight dip on Thursday after the Fed sounded less dovish than feared even as it announced a 0.25% cut in interest rates.