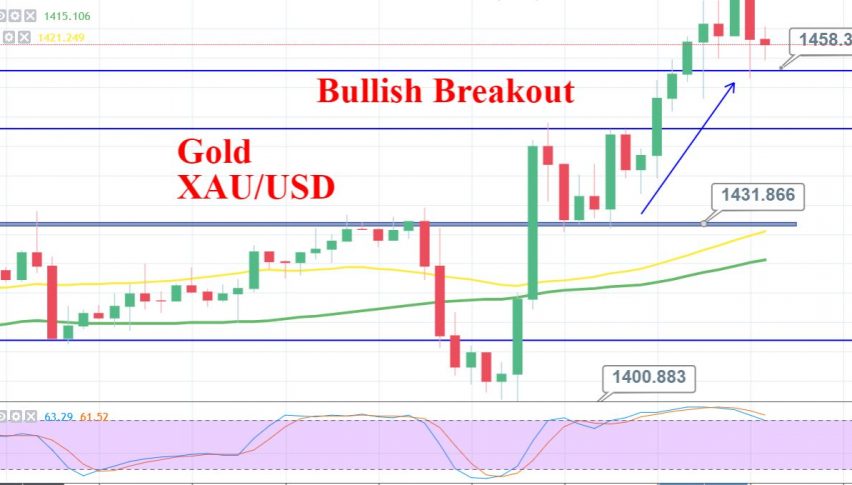 The financial markets showed some volatility during the Asian session, as the Reserve Bank of Australia (RBA) released their monetary policy meeting decision.

The RBA kept official interest rates constant for the first time in three months but hinted there could be more cuts to come. RBA waits to examine the impact of its previous cuts on the economy.

As share and currency markets across the world roiled in reaction to the growing trade tensions between the United States and China, the RBA board used its August meeting to leave official rates at 1%.

The US dollar declined after the US Treasury Secretary Steven Mnuchin labeled China a currency manipulator, marking a sharp escalation in the year-long trade dispute between the two economies.

The dollar continues to fall and, as you know, a drop in the dollar makes dollar-denominated precious metals cheaper for users of other currencies. However, gains were capped as escalating tensions between the United States and China cautioned global economic growth and demand for metals.

Gold climbed to a more than six-year high around $1,460, gaining more than 1%, as an escalating trade conflict between the United States and China sent investors scurrying for the safety of bullion.

President of the United States (POTUS) Donald Trump declared last week that he would impose tariffs on $300 billion worth of Chinese goods. As a result, there’s a state of panic in the global financial markets and investors are rushing towards safe-haven securities like bullion (gold & silver) and Japanese Yen.

Technical outlook of gold remains bullish above 1,450 support level and bearish below 1,469 resistance level. Gold faced resistance on August 1 around 1,447 but violated the level earlier today, which makes this double top pattern a supporting level.

These kinds of patterns are known for reversals and could trigger a bullish trend in gold as it’s already been violated and may extend support now. On the upper side, gold can target 1,471 and on the breakout of a bullish breakout, it may head towards 1,485 resistance.

Gold is likely to stay bullish above 1,447 and bearish below 1,470. Consider taking positions with 30 pips stop and 40 pips take profit around 1,447 trading level today.