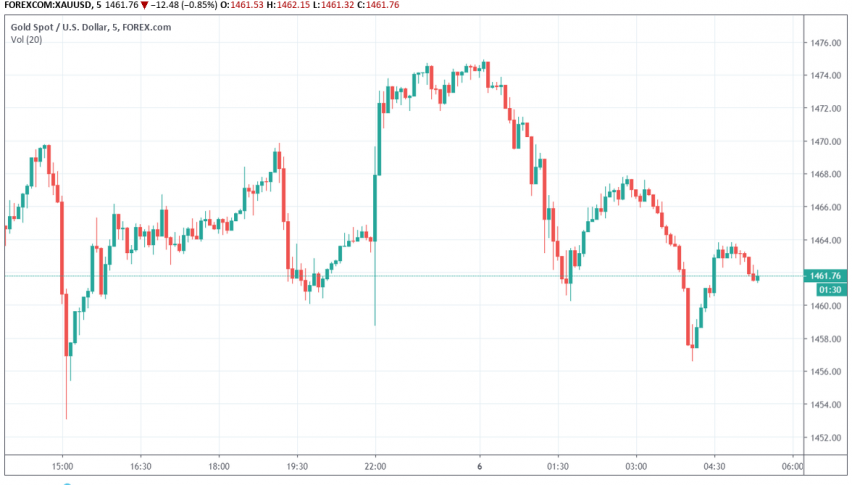 Gold’s bullish run continues into Tuesday over concerns about the trade war between US and China getting worse. At the time of writing, GOLD is trading at a little above $1,450 after having gained over 2% on Monday.

US Treasury Secretary Steven Mnuchin announced that the US government had discovered that China was resorting to manipulation of its currency and that it would escalate the issue before the IMF to eliminate unfair trade practices by China. The Chinese yuan had slipped past the key level of 7 against the US dollar and markets are concerned about further weakening.

The US feels that this was done intentionally by China in retaliation to Trump’s announcement of 10% tariffs on $300 billion more of Chinese Imports.

In addition, gold is also bring supported by ever growing likelihood of a no-deal Brexit. Against the Sterling, the precious metal touched a record high even as trade tensions continue to dominate the market sentiment.