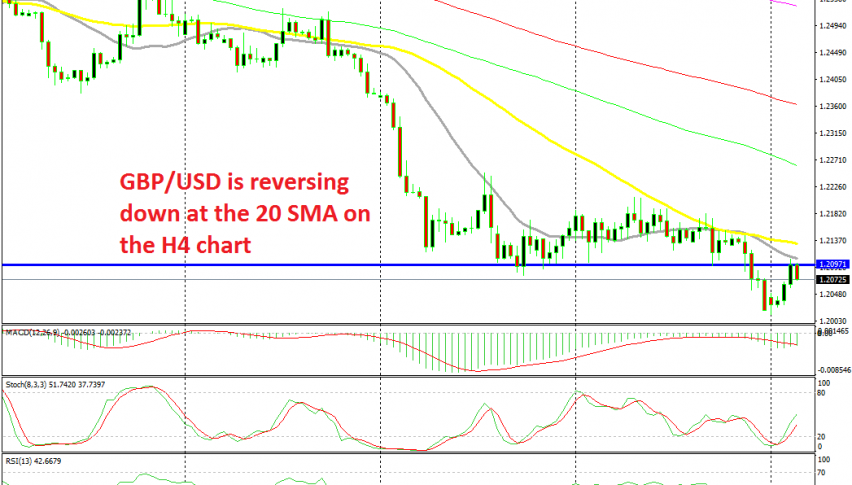 The support at 1.21 has turned into resistance now

GBP/USD turned really bearish at the end of July, losing more than 400 pips from top to bottom, as the new UK Prime Minister Johnson failed to bring something interesting to the Brexit table.  of a Brexit deal faded again and this pair tumbled lower from 1.25, but it formed a bottom around 1.21 level, which held for more than a week.

Last week, this pair consolidated around this level, but the decline resumed again after the moving averages caught up with the price. The 50 SMA started pushing the price lower once it caught up and on Friday the decline picked up pace and GBP/USD tumbled pretty close to 1.20, which is the ultimate level for sellers since it was the low back in 2016 after the Brexit vote.

Anyway, the price retraced higher today during the Asian and the European sessions for no apparent reason. Perhaps traders closed off their sell positions ahead of 1.20. The price climbed pretty close to 1.21, which seems to have turned from support into resistance now. The 20 SMA has caught up as well on the H4 chart and it provided resistance a while ago. We decided to open a sell signal from that level and now the price is reversing back down. We’re getting close to hitting the TP target of this trade now.