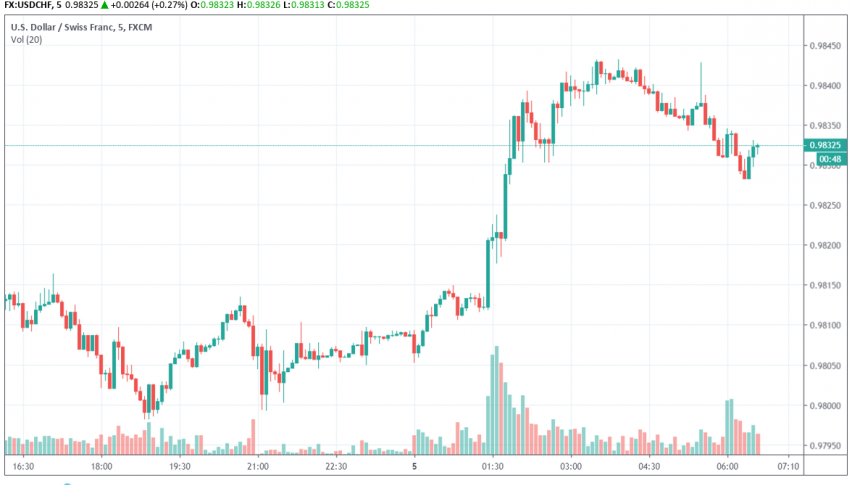 Switzerland’s economy grew at a rate of 0.3% QoQ in Q2 2019, down from 0.4% in Q1 2019. Although the GDP came in lesser than that of the previous quarter, it beat expectations which were for a 0.2% growth during the second quarter of this year.

When compared to Q2 2018, the Swiss economy grew by 0.2% in Q2 2019, however expectations were for a 0.9% growth. In June, the Swiss government had anticipated an annualized economic growth of 1.2% for 2019. In light of new, disappointing economic data, this figure could be revised in the next forecast scheduled to be released on September 17.

Even as imports and exports dragged lower, domestic consumption remained strong, offering support to the Swiss economy amid heightened trade tensions. The news has had a slight positive impact on the Swiss Franc, with USD/CHF trading at around 0.983 at the time of writing.

Buying the Retreat in GBP/USD After the Jump in US Inflation, As the 20 SMA Holds
4 days ago