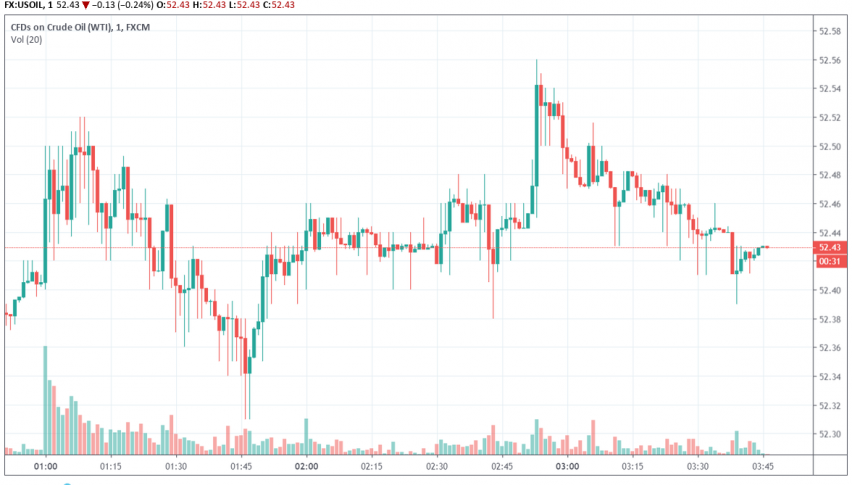 WTI crude oil prices continue to slide lower for the third straight day as hopes faded for a US-China trade deal during the upcoming talks scheduled this week. At the time of writing, WTI crude oil is trading at around $52.43 per barrel.

A weakening in oil demand on the back of slowdown in economic growth is weighing heavily on oil markets, and a prolonged trade war would only serve to delay recovery. In addition, crude oil is also trading under pressure after the release of the API report on Tuesday.

According to the API report, crude stockpiles in the US climbed 4.1 million barrels higher during the previous week to touch 422 million. Economists were expecting an increase of only 1.4 million barrels during this period, and a larger than expected rise has also turned WTI crude oil bearish.