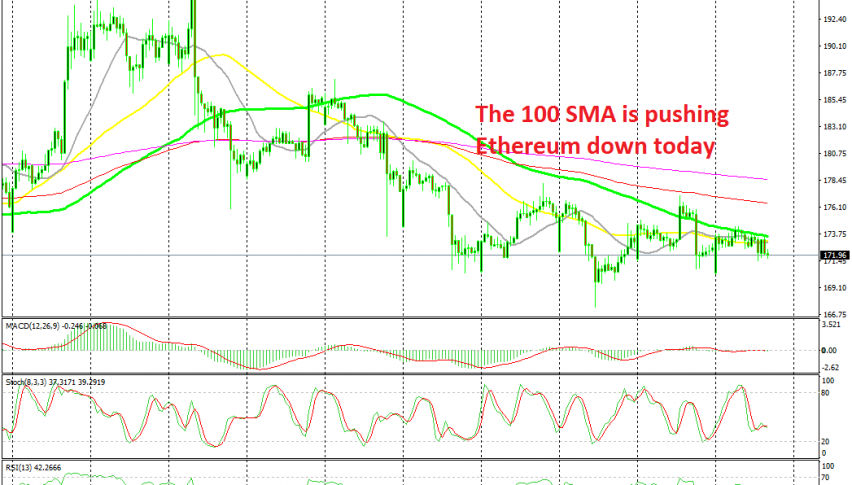 ETHEREUM turned pretty bullish in Q2 of this year, after consolidating in Q1, which followed a terrible year in 2018. The price surged from around $75 in Q1, to $370 by the end of June. But, the rush for cryptocurrencies ended and Ethereum reversed back down.

Ethereum has turned bearish and has lost $200 from the top, so the picture here looks more bearish than in BITCOIN , which only lost around 50% of its value from the top at the same time. Ethereum has lost more than half the value, on the other hand.

Today, Ethereum retraced higher, but the limb ended at the 100 SMA and reversed back down. this shows that the pressure is still on the downside for this altcoin. So, for now we have a bearish bias for Ethereum until the price moves above all moving averages.