Forex Signals US Session Brief, Nov 20 – Quiet Markets As We Head Towards the FOMC Minutes - Forex News by FX Leaders 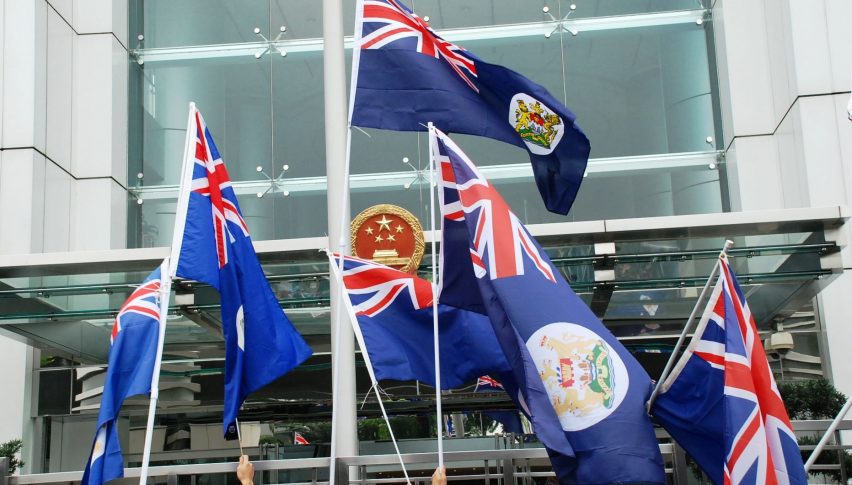 Forex Signals US Session Brief, Nov 20 – Quiet Markets As We Head Towards the FOMC Minutes

Protests in HK are affecting the global markets now

The sentiment has been mostly positive in financial markets this week, with S&P trading at record highs yesterday. Safe havens have been under some pressure, but the sentiment reversed overnight. The US Senate passed a human rights bill on Hong Kong and China expressed their displeasure tonight. This increased fears in financial markets that this may add another hurdle to overcome for trade talks, which it should I suppose. So, the trade deal now becomes even more difficult to reach.

Safe havens climbed somewhat, while risk assets retreated a bit. But, that didn’t last too long either. The FOMC minutes from the last meeting will be released in the evening and traders are waiting on the sidelines to see what the FED discussed back then. Although, I don’t expect much action tonight because we already know that the FED has stalled rate cuts for now and they will be on a wait and see mode in the coming months. If rate cuts start having a positive effect in the economy and the trade war heads towards a solution, then they might resume with rate hikes and vice versa. but for now, not much is expected form the minutes. 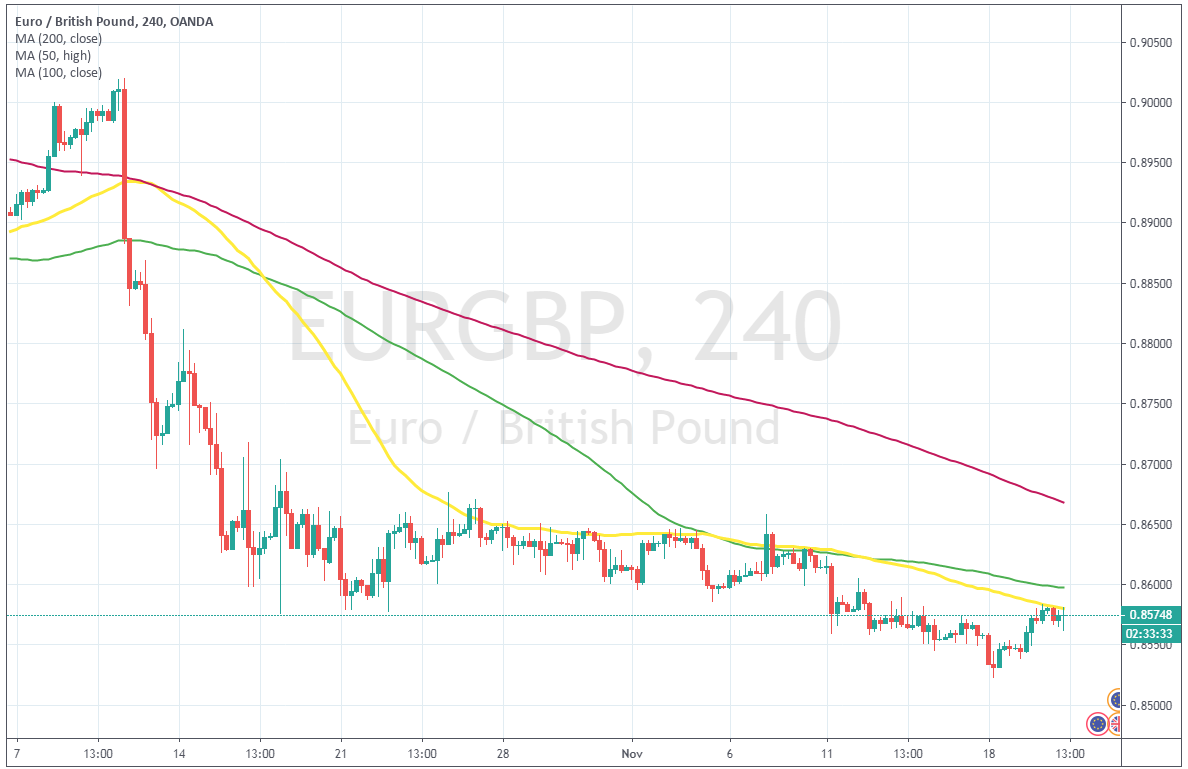 EUR/GBP turned really bearish by the middle of last month, after the UK government and the Eu reached a Brexit deal. The deal was rejected by the UK Parliament, but polls show that Boris Johnson will gain a majority in the UK parliament after December 12 elections, so the GBP has remained bullish. Although, we have seen a retrace higher in EUR/GNP this week after the decline last week, but the retrace is complete now and the 50 SMA (yellow) has been providing solid resistance, so we are short on this pair.

The risk mood turned sour in financial markets today after another issue arose between US and China, Hong Kong. Safe havens were climbing early today, but the volatility declined and i expect markets to remain quiet as we head into the FOMC minutes release later in the evening. But, I don’t expect much from the minutes either, as we already know almost everything the FED thinks right now, which is, wait and see.