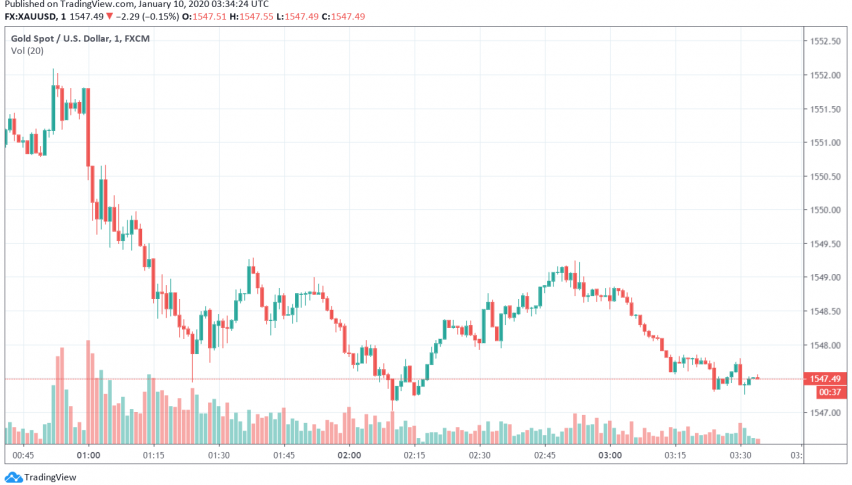 Early on Friday, gold prices are trading bearish on the back of receding geopolitical tensions after the US and Iran appear to have called off their plans to further escalate their conflict into a warlike situation. At the time of writing, GOLD is trading at a little above $1,547.

The risk appetite is slowly returning to global markets days after the US launched drone strikes against an Iranian militia group and took down one of Iran’s senior military commanders. In response, Iran launched missile attacks against Iraqi military bases where US troops were stationed, sending markets into a heightened state of worry over a possible military escalation.

However, fears of war abated after US President Donald Trump’s speech on Wednesday where he alluded to considering imposing more sanctions against Iran instead of further military action. Gold prices had soared above $1,600 following Iran’s missile attacks, but have slipped down since then and continue to weaken.

Gold is also trading weaker as the US dollar makes gains against other currencies. The US dollar shares a negative correlation with the precious metal, and whenever it strengthens, the opportunity cost of holding gold goes up and affects its prices adversely.