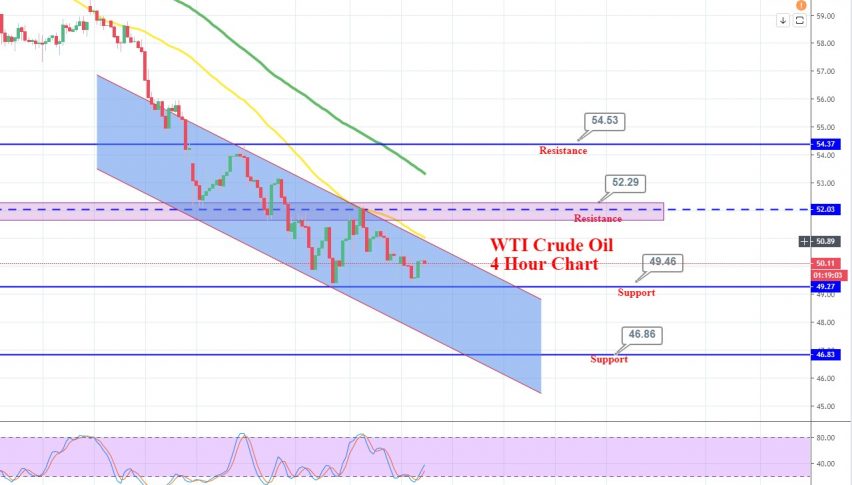 WTI crude oil prices increased by more than 1% mainly as the risk sentiment improved, but investors are still cautious from the coronavirus that claimed more than 1000 lives in China so far.

The risk-tone recovers mainly due to China’s liquidity support, and the report that the scientists in Shanghai recently have isolated strains of the novel coronavirus, which will speed up the development of vaccine and medicine against the virus.

Whereas, the coronavirus has already taken more than 1,000 lives by the end of February 10 and about 40,000 cases of coronavirus were reported. On Sunday alone, 97 people died, which was the highest daily death toll since the outbreak began. Almost 6,500 of the affected patients were in critical condition, authorities said on Monday. Moreover, the death losses have increased to 1,011 with the epicenter Hubei adding 2,097 confirmed cases. It’s worth mentioning that there have been 103 deaths on Monday due to the deadly disease.

“The rebound is mild and might be short-lived as China’s energy demand is likely to remain soft in the near term due to virus impact. OPEC+ and Russia will need to come out with a cohesive output cut plan to shore up oil prices,” state analysts.

On the negative side, the recovery in the crude oil prices could be limited because China’s energy demand might remain low in the wake of coronavirus impact. Additionally, OPEC+ and Russia will need to come out with a strong output cut plan to support oil prices.

Although, traders are still scared that China’s oil demand may take a fresh hit if the coronavirus can’t be controlled. Chinese state refiners have already said they will cut as much as 940,000 barrels per day (BPD) from their crude runs in February due to the virus.

Apart from the virus, the Organization of the Petroleum Exporting Countries (OPEC) and its allies, a grouping known as OPEC+ and including Russia, suggested additional cuts last week. However, Russia said on Friday it needed more time to decide, whereas the US crude oil stocks were expected to have risen for a third straight week, by 2.9 million barrels for the week ended on February 7. 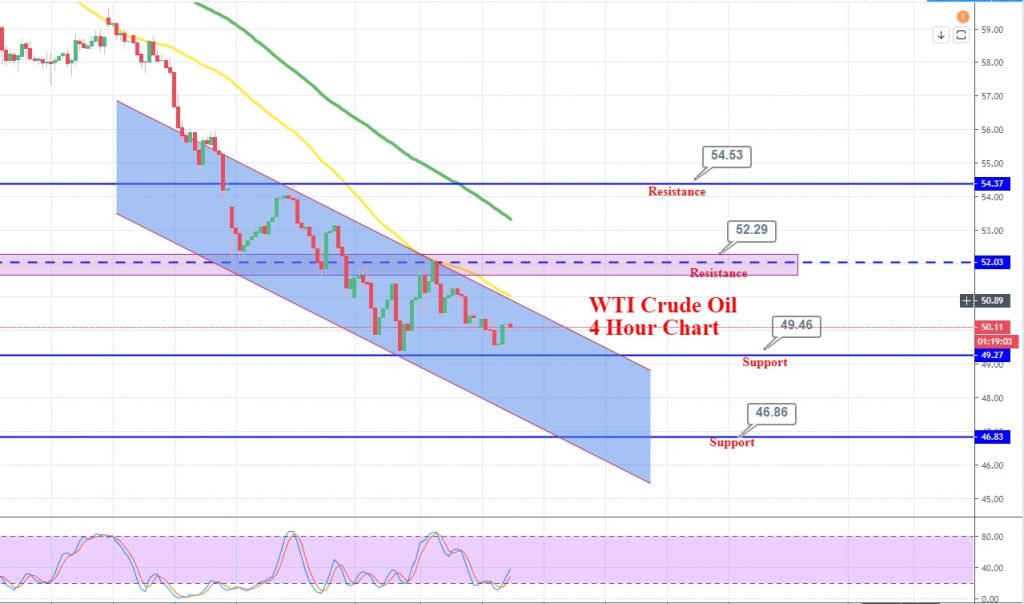 On Tuesday, WTI prices are likely to trade bearish below 50.73 and bullish above the same level to target 51.22 while the bearish target is likely to be 50.01. Good luck!