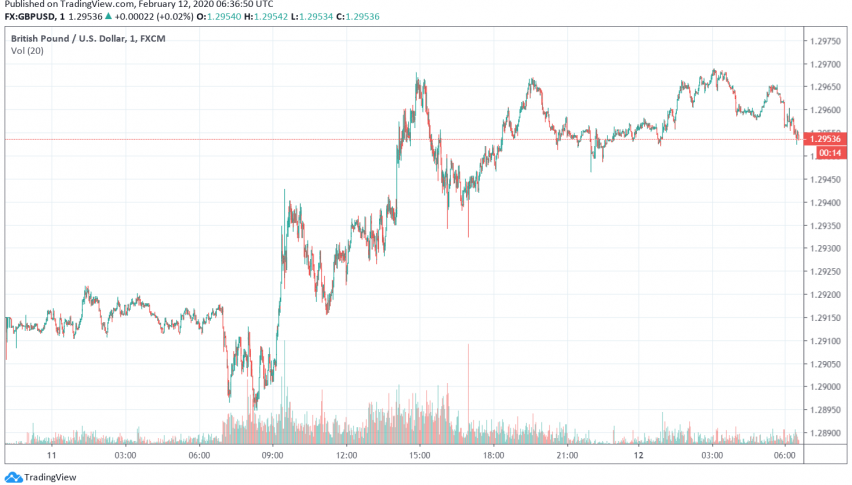 Early on Wednesday, GBP/USD is trading slightly bullish over the better than expected GDP data which released in the previous trading session, even as the risk appetite improves in global markets over receding fears about the coronavirus outbreak. At the time of writing, GBP/USD is trading at around 1.295.

After weakening to the lowest levels of this year, the Pound received some relief on Tuesday after the GDP report revealed the Britain’s economy had managed to grow at 1.1% YoY during Q4 2019, coming in better than economists’ forecast for a reading of 0.8% instead.

While economic growth still remains weak in Britain, the recent report indicates a lower likelihood of further monetary easing by the BOE in the near future. In its last meeting the central bank had hinted that any decision to cut rates further would be influenced by possible changes in economic growth.

GBP/USD has also strengthened on the back of a weakening US dollar as a result of the improvement in the market sentiment over rising hopes that China will successfully managed to contain the coronavirus outbreak. As the mood in the market improves, the dollar’s safe haven appeal has reduced somewhat helping the Cable climb higher.