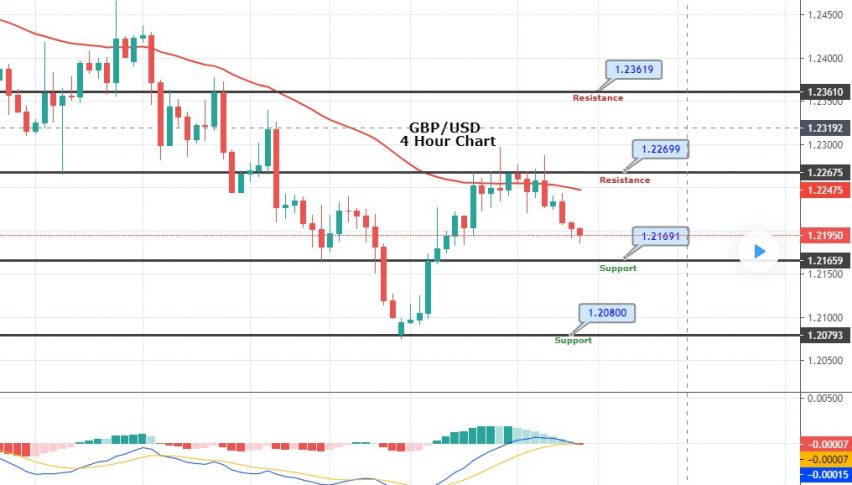 During Thursday’s early Asian trading hours, the GBP/USD currency pair failed to stop its previous day’s losing streak and dropped to 1.2190 from the weekly high of 1.2297 while representing 0.40% loss on the, day mainly due to downbeat UK inflation figures. BOE Governor Andrew Bailey’s favor for the negative rates also exerted some downside pressure on the cable and contributed to the pair’s decline.

Apart from these, the broad-based US dollar strength in the wake of US-China tussle also keeps the currency pair under pressure. At press time, GBP/USD is currently trading at 1.2188 and consolidating in the range between 1.2186 and 1.2255. However, traders are cautious about placing any strong position ahead of key activity data from the UK and US.

At the USD front, the broad-based US dollar is reporting gains and continues to take bids as the investors rushed to the safe-haven assets due to the risk-off market sentiment in the wake of ongoing US-China tussle. Additionally, the fears of a second wave of coronavirus also helps the greenback.

Moreover, the reason for the US dollar bullish bias could also be attributed to the sustained rejection of negative rates from the Fed policymakers and FOMC minutes. The US Dollar Index that tracks the greenback against a basket of other currencies moved 0.24% to 99.370, just under the $100 mark, by 12:07 AM ET (5:07 AM GMT). The risk-off market sentiment was further bolstered by the fears of coronavirus second wave, which played their part to weigh on the currency pair.

On the other hand, the United Kingdom PM Boris Johnson said that the UK would get a world-class contact-tracing system from June 1. Instantly after this, ex-diplomat Jeremy Hunt raised doubts on the date due to the delay in the testing result. However, the UK will test the virus by approximately 40,000 healthcare workers from Europe, South America, Asia, and Africa on Thursday. At the Brexit front, the United Kingdom Office Minister Michael Gove approves plans about checking on goods crossing the Irish sea, which extends the Brexit talks with the European Union. Let’s wait for UK PMI figures to drive further movement in the Cable. 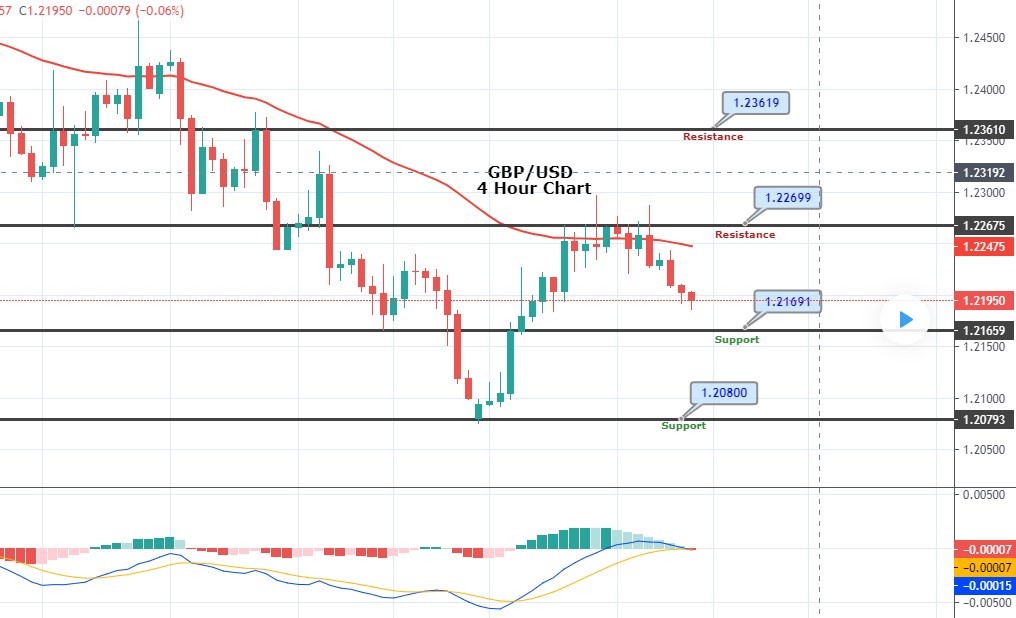 GBP/USD prices are holding under a strong resistance level of 1.2265 level, which is extended by the 50 EMA. Taking a look at the hour timeframe, GBP/USD is pretty much likely to continue selling until the next support area of 1.2169. and below this, the next support is likely to be found around the 1.2080 level. Let’s consider selling trades below 1.2200 today. Conversely, buying can also be seen above the same level today.