Markets Predict No/Light US Action on China Regarding Hong Kong

The bark was stronger than the bite

Earlier this month, China decided to move in on Hong Kong. Last week there was a proposal from China, regarding the controversial security law was met with immediate resistance in Hong, with protesters flooding the streets and clashing with police. China’s legislative branch approved the proposal two days ago to impose the national security law in Hong Kong, in an unprecedented move that many critics say threatens fundamental political freedoms and civil liberties in the semi-autonomous city-state.

China’s parliament, the National People’s Congress (NPC), unanimously (but one) approved the resolution on Thursday to introduce the sweeping security legislation, which bans secession, subversion of state power, terrorism, foreign intervention and allows mainland China’s state security agencies to operate in the city. Now the NPC’s standing committee will draft the law — a process that is expected to take about two months. It will then be implemented upon promulgation by the Hong Kong government, bypassing the city’s legislature via a rarely-enacted constitutional backdoor.

This was another issue to weigh on market sentiment, after the coronavirus pandemic and the global economic melt-down due to the lock-down. Risk assets such as stock markets, commodity currencies and crude Oil were retreating lower in the hours leading to Donald Trump’s speech. But, the speech wasn’t that tough. We had already heard similar comments in the previous day, so the bark was stronger than the bite. Below are the main comments:

The opening tough comments had the market worried.
Not a factor for markets.
This was all rumored and isn’t a big deal.

This was also reported beforehand. 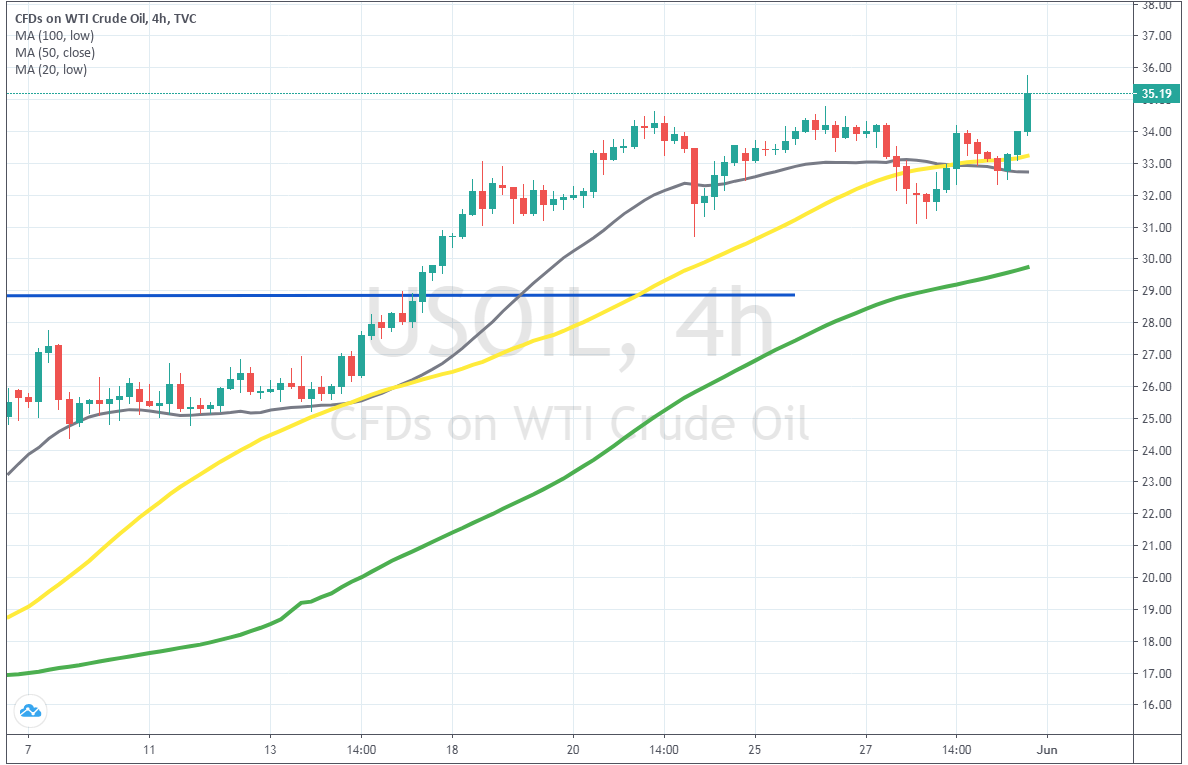 US WTI crude closes the week above the previous highs

It seems like we won’t have military confrontations in the South China Sea. There will likely be more sanctions on China, this time the UK and Europe might join, which might weaken China’s position, but no war. That improved the market sentiment immediately and the risk assets bullish. Crude Oil closed the week above the resistance, which suggests that the big decline we saw in the previous two months is over.