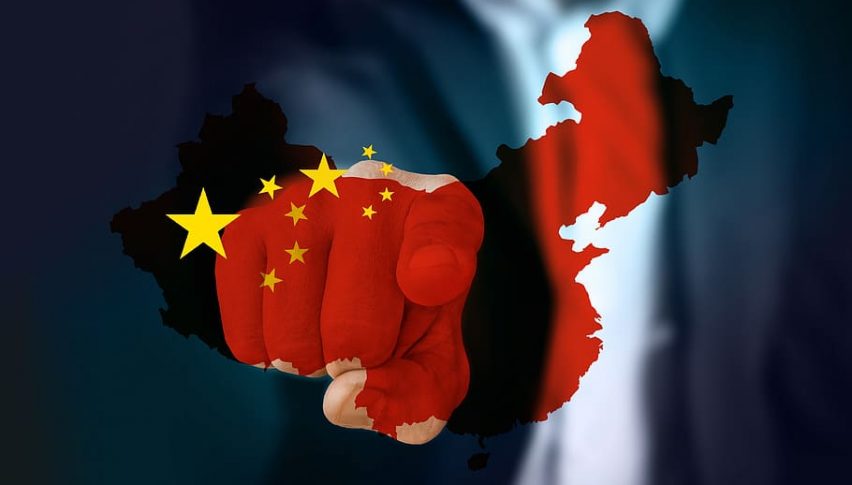 Tensions between Australia and China are on the rise over recent weeks ever since Australia demanded an international probe into the origins of the coronavirus pandemic. In retaliation to Australia’s demand, China suspended beef imports, hiked tariffs on barley and is considering similar moves on more imports from Australia.

However, strained relations between the two trading partners appear all set to extend with Aussie PM Scott Morrison maintaining that China’s coercive moves will not deter his government. While addressing the media, Morrison stated, “We are an open-trading nation, mate, but I’m never going to trade our values in response to coercion from wherever it comes.”

Nearly one-third of Australia’s exports head to China, making China a very important trade partner for the nation down under. Amid the ongoing coronavirus pandemic which has already driven Australia into the first recession in nearly three decades, escalation of trade tensions with China could end up harming its economy even further.

On a positive note, however, Australia’s key exports to China – iron ore, remain safe for now, as do other key exports like coal and LNG. Amid continued lockdowns in other countries, China has continued to import higher quantities of these commodities from Australia, with imports rising higher than pre-pandemic levels. Analysts expect China to maintain higher imports of these commodities from Australia despite escalating tensions as any move to hamper this could hurt China’s economic growth as well.

The Big Test Ahead at the 50 Weekly SMA for AUD/USD, After Mixed Philly FED Manufacturing
4 days ago