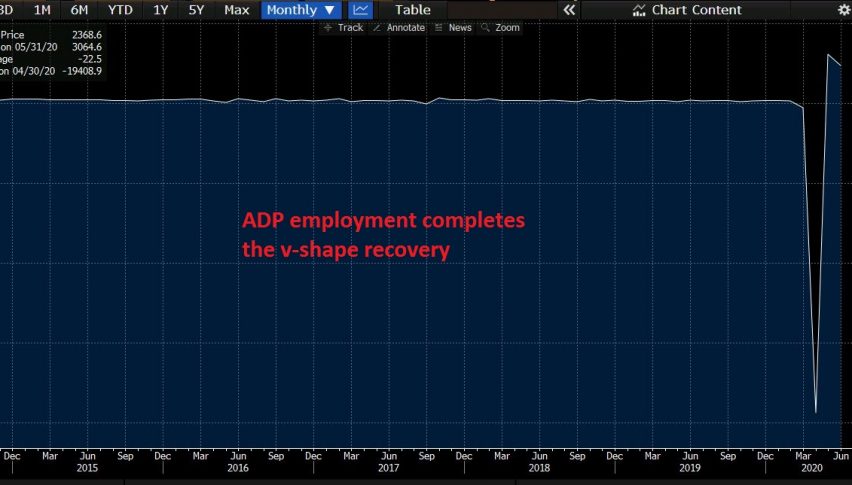 Great ADP Employment Figures From the US

Employment is growing by the millions in the US

Employment was hit very hard during the pandemic  in the US, with unemployed people reaching 40 million. ADP non-farm employment turned negative in March, declining by 27K, while in April the decline in employment was more than 20 million. Last month’s report showed that ADP employment declined again in May 2.75 million, but that was revised higher today to more than 3 million. That was a positive sign for the US economy and in June employment grew again.

The numbers were less than expectations but the revision was quite large at +5.8 million. However the revision simply catches up to the labor departments number from last month of 2.5 million job additions. The US nonfarm payroll will be released tomorrow at 8:30 AM with expectations of 3.07M new jobs as the consensus. The estimates are quite wide with 9,000K as the high estimate and 500K as the low estimate.
Check out our free forex signals
Follow the top economic events on FX Leaders economic calendar
Trade better, discover more Forex Trading Strategies
Related Articles