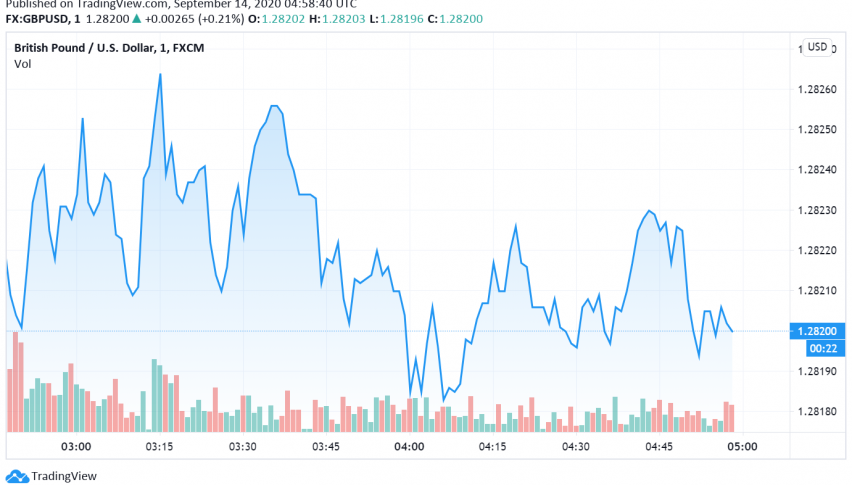 Early on Monday, GBP/USD is trading close to six week lows as Brexit concerns came back to haunt markets all over again, with Britain’s latest actions once again raising the possibility of a no-deal Brexit. At the time of writing, GBP/USD is trading around 1.282.

The British government’s recent decision to publish a new legislation to override some terms of the Withdrawal Agreement has increased the chances of not having a trade deal in place with the EU before the transition period ends this year. The move by PM Boris Johnson and his government has met with sharp criticism not only by EU officials but also by former prime ministers of the country, including Tony Blair and John Major.

GBP/USD has also turned bearish as the US dollar trades steady in anticipation of the upcoming Fed policy announcement due later this week. This is the last meeting for the central bank before the upcoming presidential elections and will be worth watching for updates on forecasts for economic growth and inflation for 2023.

Markets are expecting no drastic changes to the Fed’s monetary policy this month but there is a possibility for adjustments to its balance sheet and changes in forward guidance. GBP/USD could also see some moves later this week on the release of retail sales figures from the US.