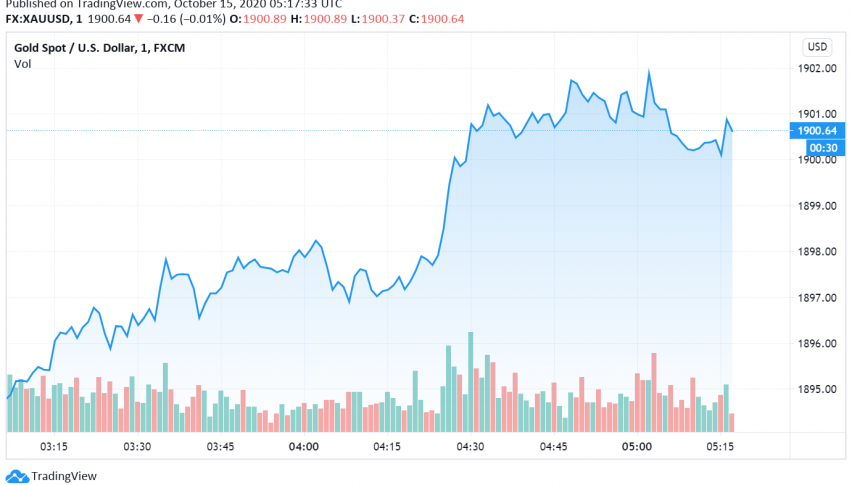 Gold Supported Even as Dollar Gains Over US Stimulus Getting Delayed

Early on Thursday, gold prices are enjoying support even as the US dollar regains strength amid reports that the coronavirus relief package could get delayed until after the elections despite ongoing talks. At the time of writing, GOLD is trading at a little above $1,900.

During the previous session, US Treasury Secretary Steven Mnuchin raised doubts about finalizing the next round of stimulus in the coming weeks even though discussions with House Speaker Nancy Pelosi remain ongoing. According to Mnuchin, a deal would be difficult to arrive at before the presidential elections on November 3.

Gold has also come under pressure over rising optimism that Britain and the EU are considering extending their discussions on finalizing a trade deal beyond the current deadline. The additional time beyond the mid-October deadline should give both sides an opportunity to work out their differences ahead of the end of the Brexit transition period.

Losses, however, remain limited even as the dollar strengthens as the safe haven appeal of gold stays in focus due to the continued increase in the number of coronavirus cases worldwide. Several countries across Europe have announced fresh restrictions amid a resurgence in cases, driving worries that economic recovery could get further delayed in the region.