EUR/CAD Moving Above the 20 SMA, After the Disappointing Canadian Employment Report - Forex News by FX Leaders

EUR/CAD Moving Above the 20 SMA, After the Disappointing Canadian Employment Report

Will the trend change now for USD/CAD?
BUY EUR/CAD

The Canadian Dollar has been quite strong during the past year, being helped by the bullish momentum in crude Oil prices, which climbed more than $100 since last March. As a result, all CAD pairs have been really bearish during this time.

EUR/CAD has also been extremely bearish, losing around 13 cents until March this year, but in April we saw a 5 cent pullback higher. The trend turned quite bearish again towards the end of April, with the 20 SMA (gray) acting as resistance, but that moving average has been broken today after the disappointing employment report from Canada. Below is the employment report for April: 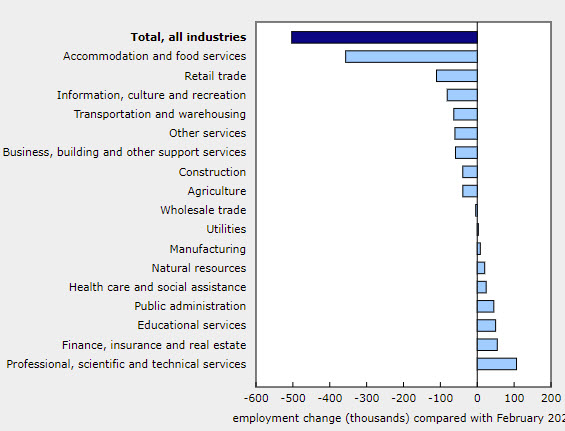 EUR/CAD Live Chart
EUR/CAD
The report was influenced by the April lockdown, which forced services in particular to close again. However, I don’t think that this bullish move today is sustainable and in May we will likely see a reversal of the employment figures, so the bearish trend will continues here, as long as Oil remains bullish.
Check out our free forex signals
Follow the top economic events on FX Leaders economic calendar
Trade better, discover more Forex Trading Strategies
Related Articles