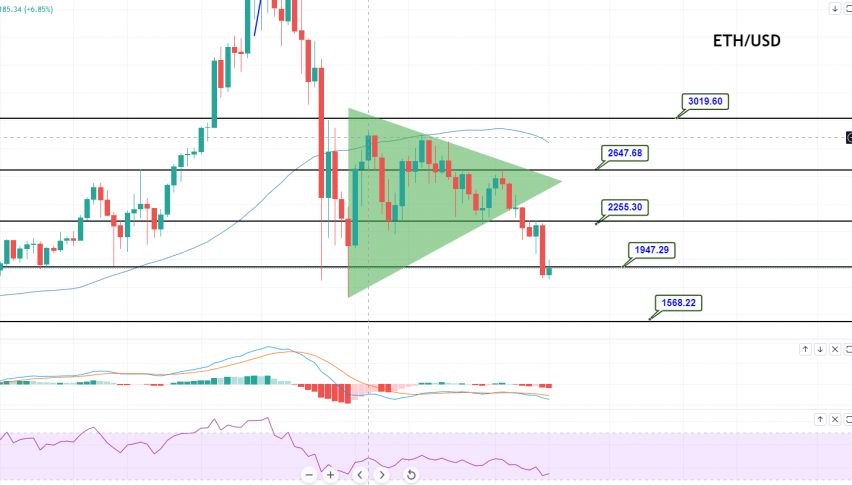 The ETH/USD closed at $1,886.25, after reaching a high of $2,245.58, and a low of $1,886.25. On Monday, the ETH/USD dropped to its lowest level since March 31, following the latest cryptocurrency crackdown in China.
On Monday, China announced that it had summoned officials from its biggest banks to a meeting, in order to reiterate a ban on providing cryptocurrency services. The meeting was attended by the representatives from the Industrial, Commercial and Agricultural Banks of China, along with the payment service provider Alipay. They were reminded of rules that prohibit Chinese banks from engaging in crypto-related transactions.
The country has planned to root out all Bitcoin and Ether mining operations within a year, which has weighed on Bitcoin and Ethereum. The Agricultural Bank of China also announced, after this ban, that it would halt all of its services related to cryptocurrency. Furthermore, the bank said that if it finds out that any customer is engaging in any business related to cryptocurrency, it will terminate his account. This news added further pressure to the declining prices of Bitcoin, ultimately weighing on the cryptocurrency market. The ETH/USD also followed the trend, falling to its lowest level in more than two and half months on Monday.Additionally, institutional managers continued to profit from their cryptocurrency holdings, which raised the outflows from digital asset investment products to a total of $79 million last week. It was the third consecutive weekly decline and the longest stretch of drawdowns since February 2018. The outflows from bitcoin totaled $89 million and Ethereum saw a drop of $1.9 million. This also put pressure on the crypto market and dragged the ETH/USD to the downside.

However, the losses in the ETH/USD were capped by the declining prices of the US dollar on Monday. The greenback saw a pause in its rally, driven by the hawkish Fed on the first day of the week, as profit-taking and correction gained pace. The US Dollar Index reached 91.83, capping any further downside momentum in the ETH/USD. 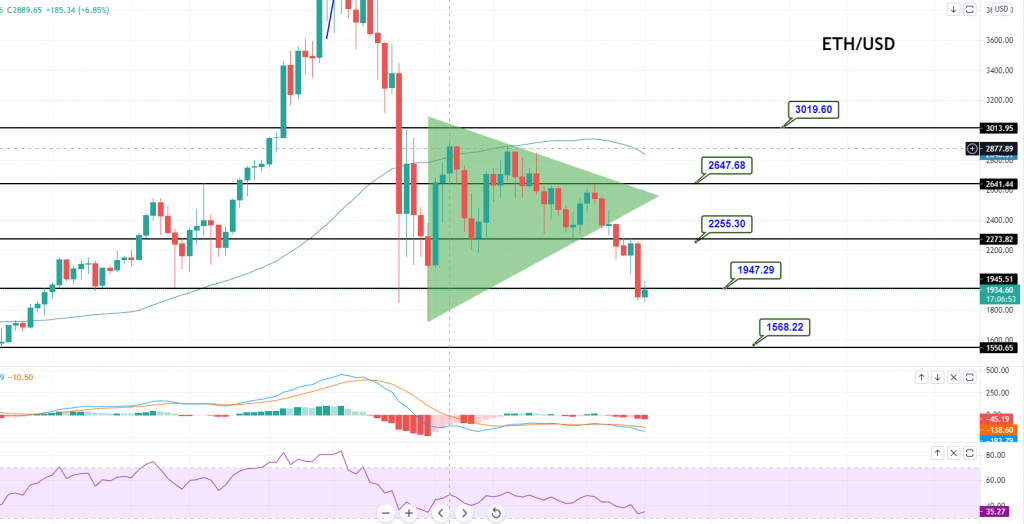