FutureFi Worth Watching: All You Need to Know Before Trading Algorand (ALGO) - Forex News by FX Leaders 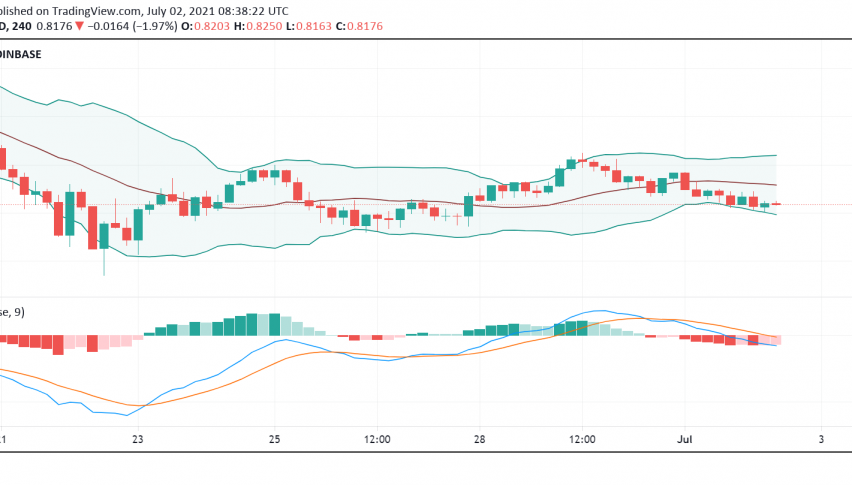 FutureFi Worth Watching: All You Need to Know Before Trading Algorand (ALGO)

One of the newer entrants in the DeFi space, Algorand (ALGO) is trading bearish on Friday as a decline in leading cryptocurrencies Bitcoin and Ethereum weigh on the market sentiment. At the time of writing, ALGO/USD is trading at around $0.81.

With market leader Bitcoin trading well below the key $35,000 level and the US dollar gaining strength amid a risk-off mood in markets, most of the cryptocurrencies have been affected and are suffering losses despite encouraging fundamental developments. One such example is that of Algorand, designed as a PoS network to power the ‘Future of Finance (FutureFi)’.

Even as Bitcoin comes under heavy criticism for having energy-intensive mining processes, causing countries like China and Iran to announce mining bans, Algorand shines through after achieving the status of becoming a carbon negative blockchain. Earlier this week, the company announced its latest protocol upgrade Algorand Virtual Machine (AVM) which improves development of smart contract and empowers developers with functionalities to create powerful decentralized applications (dApps).

In addition, the native token of the blockchain network, ALGO, receives a further boost a recent announcement from Copper – a UK-based crypto custodian firm, which has started offering support for this token as well as for Algorand Standard Assets (ASAs). Copper’s custody offering can now support the over 4.5 million ASAs on the Algorand blockchain, which will further boost the development of new products and services.

On the 4-hour chart of ALGO/USD, moving averages and leading technical indicators MACD and momentum are signaling a bearish bias, in line with the overall mood in the crypto market. Algorand’s price is sitting close to the pivot level, and there still remains a possibility that a reversal of sentiment could send it higher.

In case the bearish mood strengthens further, we could ALGO head lower to test support at $0.68. On the other hand, if buyers jump in to take advantage of the weak price action, we could see ALGO/USD surge higher towards the next resistance level which sits at $0.96, and a break above this can take it over the key $1 level.