Where Is the USD Headed After Yesterday’s FED 75 bps Hike? - Forex News by FX Leaders

Where Is the USD Headed After Yesterday’s FED 75 bps Hike?

The FED is expected to keep hiking rates

The anticipation for yesterday’s FOMC meeting was high. The FED raised interest rates by 0.75%, although there were some small odds in favour of a 100 bps (basis points) rate hike. The US dollar jumped immediately after the FOMC decision, hitting fresh highs but then retreated lower after comments from Jerome Powell.

Highlights of the FOMC rate decision on September 21, 2022

Prior to the statement, the November 2 meeting was 70% priced for another 75 bps to 3.75-4.00%, that’s moved up to 89%. There is very little change in the FOMC statement but markets are reacting to the dot plot, which shows higher terminal rates and the Fed holding higher for longer.

Powell’s said that his main message has not changed at all since Jackson Hole, but the USD softened and risk assets turned higher. Although that didn’t last long and the USD turned higher again. The reason for this was the Dot Plot table by the FOMC, which will probably keep the USD bullish, as the FED is expected to deliver another 75 bps hile, followed by a 50 bps hike by the end of 2022 and continue tightening through 2023. 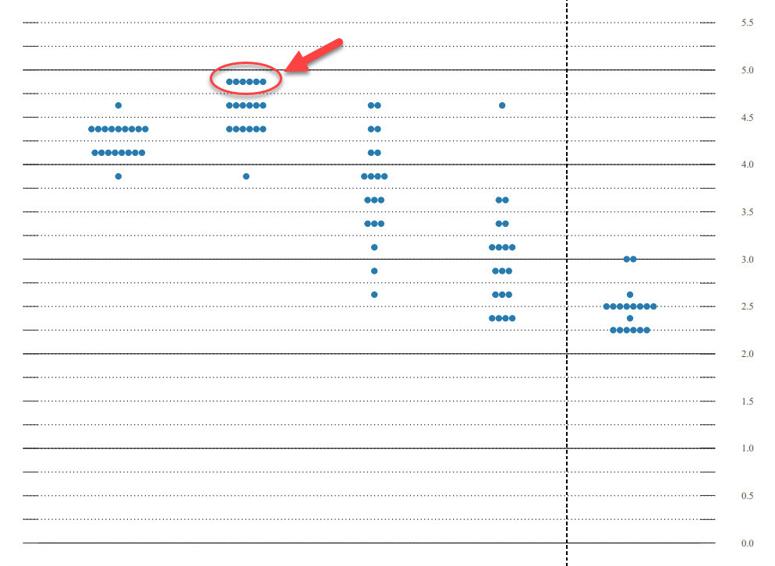 There have been comments for 2024 and 2025 dots but considering that a year ago there wasn’t a single FED dot above 0.75%, things might change fast. The FED will eventually head where the economy and the data takes it. However I think a big risk that markets are fearful about is over-tightening. I think the market can handle 4-5% FED funds rate but the fear trade is if rates go above 5%.

Check out our free forex signals
Follow the top economic events on FX Leaders economic calendar
Trade better, discover more Forex Trading Strategies
Related Articles
Getting Long on the USD, As FED's Bostic Mentions 75 and 50 bps Hikes
The FED is preparing markets for further strong rate hikes, which has been helping the USD but today we are seeing a strong retrace low
3 days ago