Fair value trading is a strategy used in different financial markets. In the stock market, for instance, many traders buy or sell company shares based on the strategy of fair value. The fair value strategy is also very common in the futures market.

But, how is it defined? According to the western accounting standards of IFRS (International Financial Reporting Standards), fair value is the total value of a company, that takes into account all the buildings, machinery, production, the financial instruments it owns and the interest that results, the company´s capital, its debt and all the interest that it is liable to pay until these debts are paid off. However, this is just a general idea.

In the futures markets, fair value is considered the equilibrium between the spot price of a futures contract and the interest which is set to be gained from the contract (which is discounted with the national average weighted interest rate minus the lost dividend). The futures traders buy or sell if there is a difference between them and they assume that the gap will close. 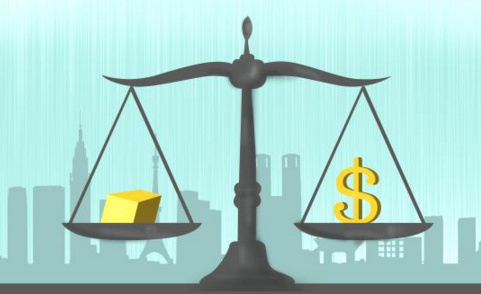 But, how can we use the fair value trading strategy in forex trading? Actually, this trading strategy is very widespread in forex but most traders don´t even know they are using it. In stocks, you evaluate all the components of a company to find out its real value, then divide this value by the number of the total shares in order to see if the shares are priced correctly by the market.

In forex, you try to figure out the value and the economic shape of a country. It sounds complex and hard to estimate the real value of a country´s economy – but, actually, it is easy. It is considered a fundamental forex strategy because it takes into consideration the economic data and sometimes the political situation of a country while comparing them to the same components of another country to see which one has a brighter future in the short (2 years) to medium term (7-8 years).

For more about Trading the News – Forex Trading Strategies

To use this forex trading strategy, you must understand a few basic things about the economy. You have to know the GDP growth of the two countries whose currencies you plan trading. It is also important to find out what the unemployment rate and it’s trend and look at the inflation and the expectations as well. You can find these numbers in many financial or forex portals online. Here we have an economic data coverage section in our weekly and monthly analysis.

This means taking some of the most important aspects and sectors of two economies and weighing these scores depending on the importance of that sector to that country´s total economy. For instance, if you are comparing the UK to the Eurozone because you want to trade EUR/GBP, you would give 10 points to European manufacturing, because this sector is very important to most of the large countries in the Eurozone, while for the UK manufacturing perhaps only two or three points would be allocated because this sector only accounts for about 10% of the UK GDP. On the other hand, you should give a higher score to the UK service sector because this sector is crucial for the UK economy.

After picking all the most important sectors and components of the two economies (in our case Eurozone and the UK) and giving them ranked weights according to the importance of each sector to their respective economy – then analyze how well these sectors have done. After the performance analysis, each sector is given points based on its performance and the importance and the performance points for each sector are multiplied. Finally, all the sectors are added together. This is not exactly the algebraic fair value formula. See the example below:

The fair trade formula shows that the economy of the UK is in a better shape than the Eurozone.

Explanation: The total weight of all the components that make up the economy should be the same for both economies to be balanced. For example, if the manufacturing sector in the UK only accounts for 2 out of the total 22 points in real weight, the service sector will make up for it. So, the real weight total for both economies is 22.

After that, you evaluate how each sector is performing and rate them from 1 to 5, based on the performance and the trends from recent months. Note that there may be one odd month with unusual performance, either positive or negative, but this may have resulted from other factors (i.e. a change in legislation or calculation which is not related to the actual shape of the economy), and in this case it is better to look at the bigger trend of the last 6-12 months. Then, you multiply the weight of each sector with its performance to get the total points and add the points of all the sectors to get the total score of that economy.

You can use other sectors of the economy – whatever you think is essential for an economy, such as wage inflation, spending, trade balance, productivity etc. For instance, the global dairy price is very important for New Zealand and the Kiwi so it should definitely be included if you´re evaluating that economy. In this case, the total score shows the UK economy is performing much better than the economy of the Eurozone. This has been the case for many years now since the 2008 global financial crisis. If you were to use the fair value strategy and did this sort of evaluation several years ago, you would have made about 3,000 pips up until the beginning of this year (see chart). 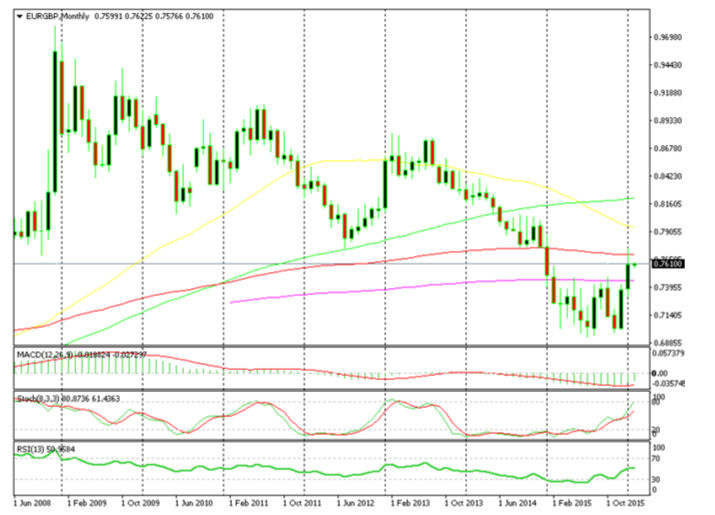 After finding out which economy is performing better you can either trade the short-term or the mid-term scenario, as we have explained in many of our forex strategies. The short-term here refers to the large macroeconomic picture which ranges from a few months to 1-2 years. In the case of EUR/GBP, you could have sold this pair during the retraces every time the stochastic indicator reached overbought levels and closed the trade after several hundred pips. The mid-term varies from 2-3 years to about 10 years so the mid-term fair value forex strategy falls in this range.

This forex trading strategy is the preferred forex strategy for hedge funds, pension funds, and investment banks. For the mid-term trade, you either open a sell order at the top and keep the position until the bottom or open one order at the top and add to it on every retrace. As you can see, the fair value trading forex strategy is very efficient for large positions but you have to reevaluate the shape of the two economies every few months because the importance of the sectors or other components can change over time. Now, the inflation is very important for the Eurozone but in six months the service sector may be the most important sector. This is why the fair value strategy is an important one to master.