The WTI Crude Oil continues to trade bullish at $53.60, maintaining a bullish momentum for the 5th consecutive trading day. Most of the bullish fluctuations in the oil are being caused by the ongoing tensions between the U.S and Syria.

Investors are concerned about the US missile strike in Syria. This action boosts the odds for conflict with Syrian allies Russia and Iran. Syria influences oil prices due to its oil reserves. Though Syria does not have the largest oil supply it has a large enough supply that its state affects oil prices. 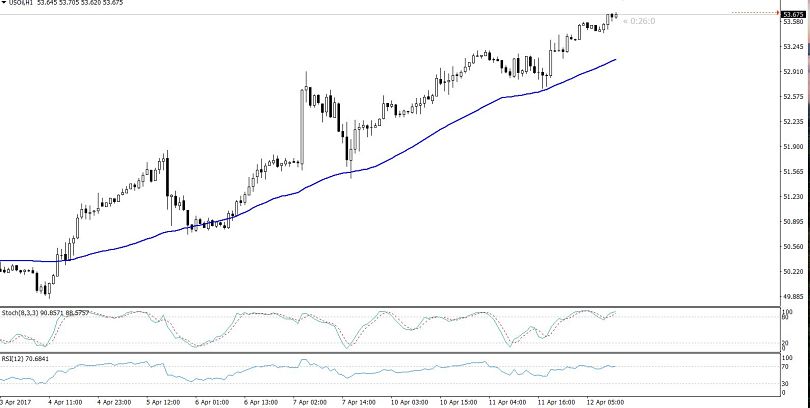 We have often discussed that crude oil is more concerned about its supply and demand rather than technicals. However, we can see in the 4 – hour chart that the oil is trading above 50- periods EMA. The upward channel in the 4 – hour timeframe suggest a major resistance at $53.90 along with an intra-day support at $53.14.

We have opened a buying position above $53.60 along with a stop loss of $53.35 and a take profit of $53.85. Traders, we need to monitor the crude oil inventory figures as any surprise has potential to cause volatility in the market.