USD/CAD- Time To Get Short! - Forex News by FX Leaders

USD/CAD- Time To Get Short!

The USD/CAD has been in a dreadful tailspin for the past three months. Key levels are coming into play that may give us a nice shorting opportunity. We saw a test of intraday lows on the EIA crude oil inventories release, signaling skepticism towards the Canadian economy. This just adds fuel to the bearish fire.

Today’s trading has tested above the previous day’s high for the second consecutive session. Failure to sustain any sort of meaningful rally above this level tells us that sellers are still in control of this market. It is time to look for shorts. 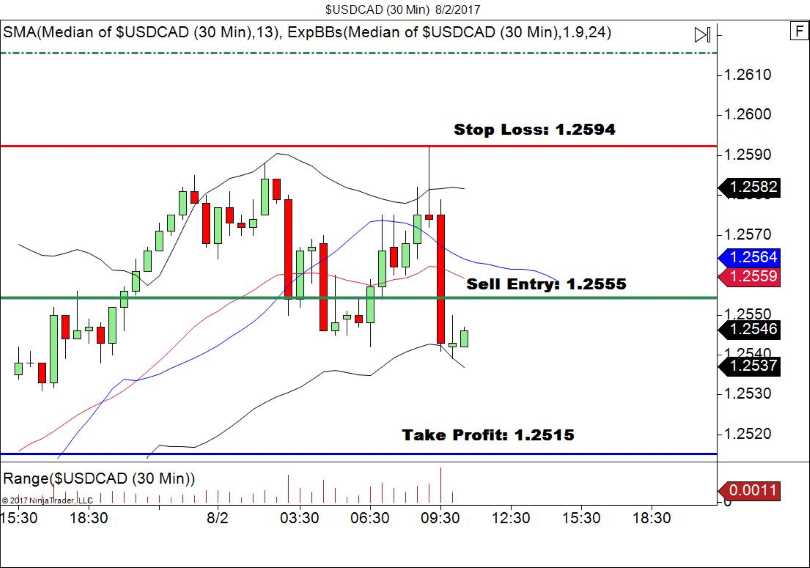 A sell on the 38% of today’s range is a great level to get short:

This trade has a few things that give me some confidence on this call:

As with all things trading, timing is key. There are no scheduled data releases to shake things up for the USD/CAD until Thursday morning. This is a longer duration trade, but the verdict should be in by Thursday’s numbers.

Getting short during today’s U.S. session will give us a clean shot at grabbing some pips from the prolonged downtrend. A 1:1 ratio with such a heavy macro trend in play is certainly an acceptable risk/reward.