Today the US Dollar has been trading mostly sideways, gaining against some currencies such as USD/JPY, while losing some ground against others. Although, this seems more like the USD buyers recuperating before the next attack. Let´s have a look at pairs and forex events to see where the market stands right now and what opportunities lie ahead for forex traders. 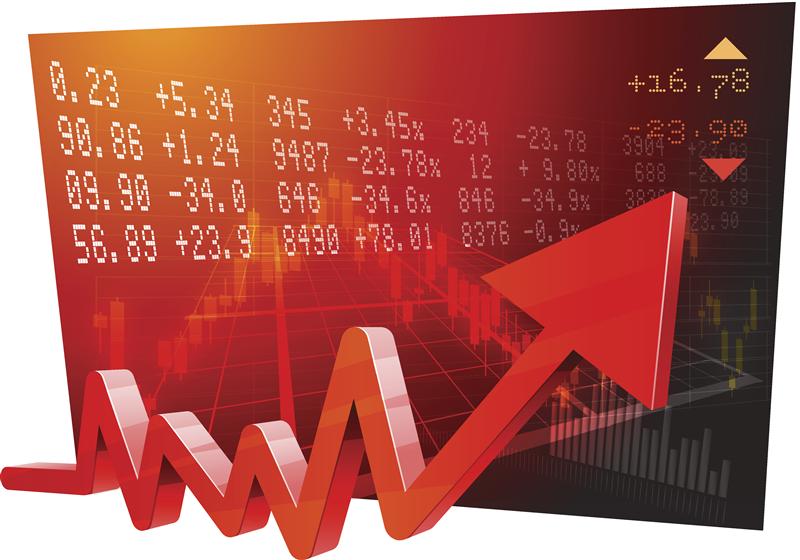 Are USD bulls getting ready for the next move higher?

GBP Jumps After UK Employment report, But Is This Sustainable?

The UK employment report offered the market a surprise as the unemployment rate declined to 4.4% and the unemployment claims fell. Most importantly the average earnings jumped to 2.1% from 1.8% previously, which was also revised higher to 1.9%.

All numbers were positive, making this the first positive report in a few months and the GBOP go excited for a minute there. It jumped about 60 pips but it stalled a few pips short of the 50 SMA on the hourly forex chart, which coincides with the 200 SMA on the H4 chart that we highlighted in the previous forex update.

Personally, I don’t see this move higher as sustainable, even though the support at 1.2840-50 still remains intact and the daily forex chart is also overbought. However, the weekly chart is still pointing down strongly as we said in the first forex update today. The trade idea for this pair is posted below.

There are a few chart setups (as we have shown on the charts above and below) which have gotten our attention, particularly the GBNP/USD which we already highlighted in the previous update and NZD/USD.

We have already taken the trade in NZD/USD and at the moment it doesn’t look bad. We decided to sell this forex pair instead of AUD/USD because the retrace higher in AUD/USD this morning has been pretty strong, while the pullback in NZD/USD has been quite minimal. This suggests that this pair is still weak and it has more chances than the Aussie to reverse lower, according to the price action strategy. 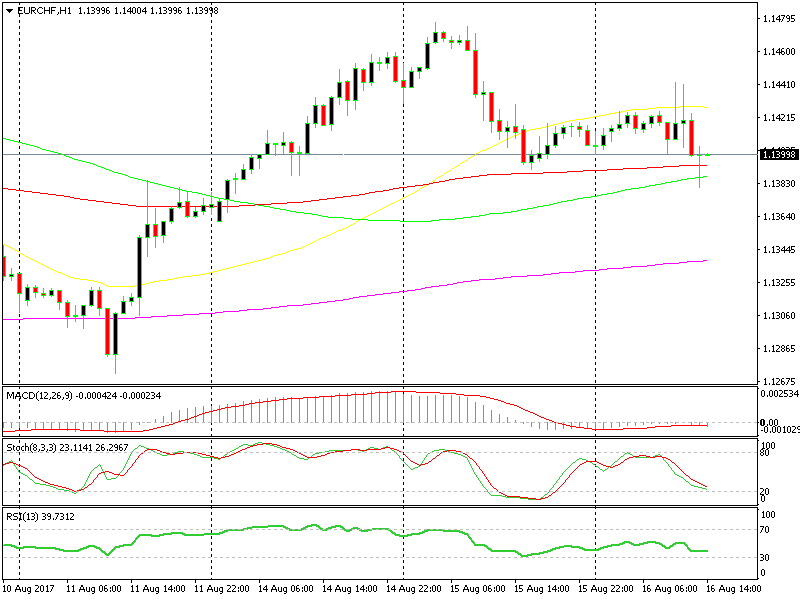 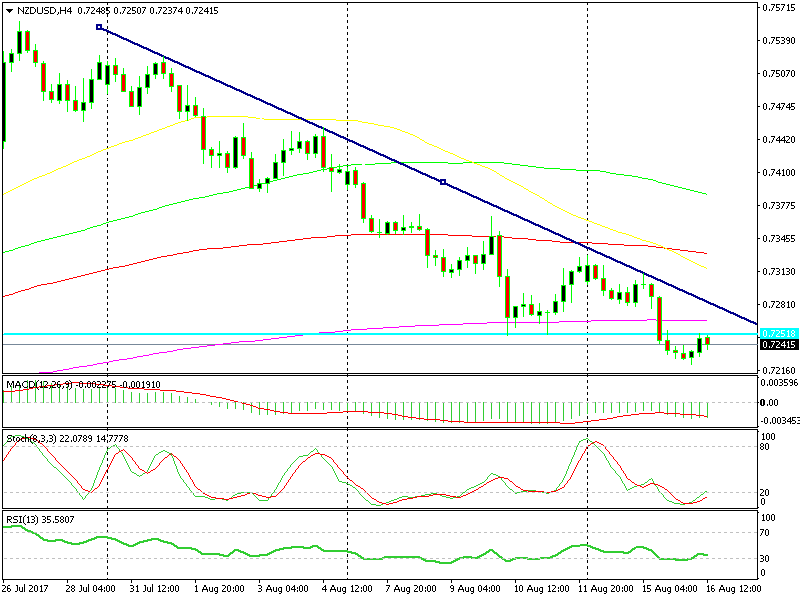 The previous support level is now turning into resistance

We might not take all the trades we have highlighted here because we don’t want to be too exposed considering we already have a couple of trades open. You can decide which pair to trade according to your money management strategy and your risk appetite.

In a short while the US construction report, which includes the retail sales and housing starts, will be released. Although this data appears as red and orange on the economic calendar, which means that it is pretty important, this is not a big market mover.

However, that´s if the numbers don’t deviate too much from the general consensus. They´re expected to be around 1.25 and 1.22 million this month respectively.

That´s pretty close to last month’s reading, so these numbers won´t get much action. If the numbers come above 1.30 million or below 1.10 million, then that will shake the markets a bit.

Perhaps the US traders will give us some direction as well when they enter the market shortly after the construction report is released. So far this morning has the market running up and down in a tight range like a headless chicken.