Well, we predicted fireworks and sure enough forex markets delivered. The majors were active on Tuesday trade and things got underway early when the Euro decided to rip on higher. We had some positive data out of Germany and that seemed to get the ball rolling.

At the same time, the Kiwi Dollar broke out of its bearish channel that I spoke about on Monday and was one of the weakest performers against the USD.

The US Dollar Index for me was the real story of trading yesterday. It had been holding up well above the 94.50 support level. However, that broke down and there was no amount of positive economic data from the US that could stop it. We even smashed through the support level at 94.00 and as it stands we are now holding up on the 93 handle.

The bad news for Dollar bulls is that there is now some more downside potential for the USD. The next support level is at 93.57, so that might a good target to keep in mind as we drift lower.

As it stands the Euro appears to be right back into its range that we established earlier in the year, and the bear trend that has been in place now has to be reassessed.

US CPI is due out on Wednesday and a strong reading might be the only hope of a USD rebound in the short-term. 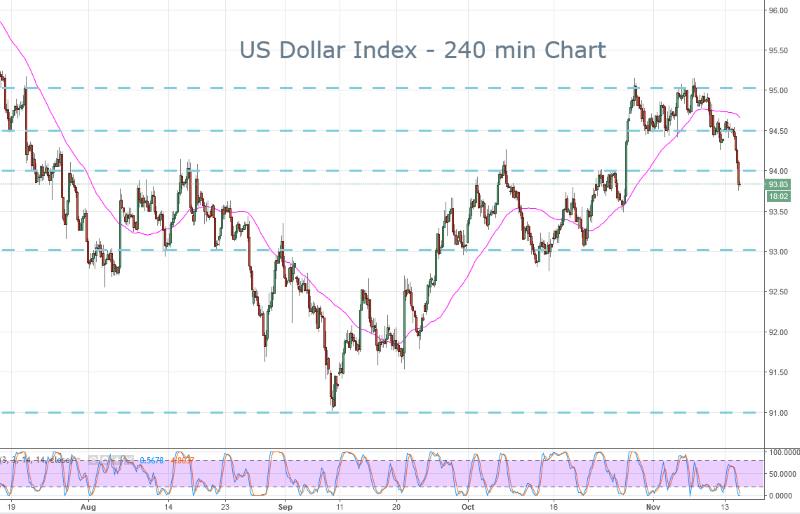