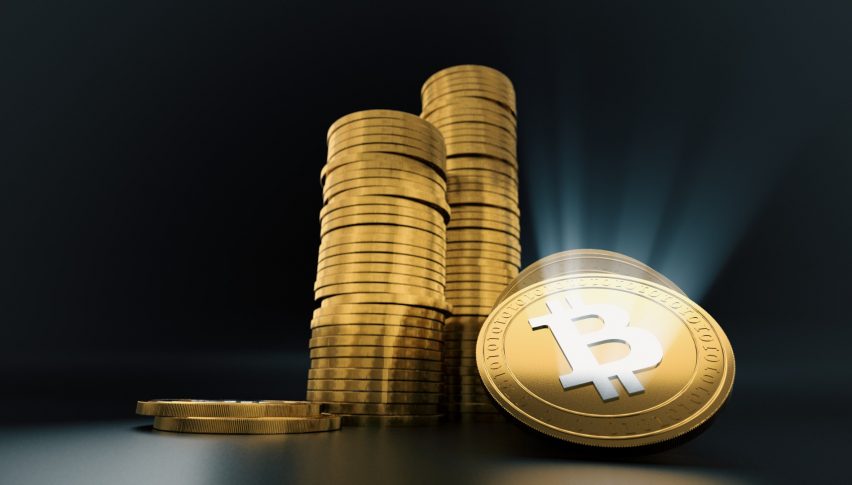 Forex Signals US Session Brief May 07 – Cryptocurrencies Retrace Lower, the USD Marches Up

Cryptocurrencies have improved but they are pulling back today

The US Dollar closed on a great week last Friday, the second one in a row. This is the USD at its best within a year and it is stretching the upside a bit further today. Cryptocurrencies closed last week on a bullish run as well, although we are seeing them make a retrace down, which is more than overdue.

USD Bulls Are Having Another Try

Today the UK is off for May Day. Not Theresa May Day, she hasn’t appointed a special day to herself, yet. Nearly half of all forex that is traded daily goes through London desks, so the forex market gets quiet when London is closed. We’ll see how Brexit will affect this in a few years because a lot of cash from mainland Europe goes through London now. That’s why Theresa May’s government has been trying to keep open borders for services, particularly financial services for when Brexit finally happens.

So, the price action has been pretty slow compared to the last two weeks, but one thing is certain, the uptrend is on the USD. The USD closed last week on a really bullish run. It was the second bullish week, which makes the last two weeks one of the best periods for USD bulls. In fact, this is the second decent retrace since January 2017 so the sentiment towards the USD is bullish.

It looks like the USD is reversing after such a strong downtrend that has lasted for about 15 months, but we can’t be sure about that until more major resistance levels are broken. However, the USD is in an uptrend in the smaller time frame charts, such as the H4 and daily chart.

The price action last Friday was pretty bullish. The US Dollar lost around 50 pips after the soft average hourly earnings (wages) in the afternoon since wages are pretty important for the FED at the moment. But, it reversed immediately and ended up gaining nearly 100 pips.

This sort of price action shows that the market is bullish on the USD. Today, the USD bulls are pushing up further, particularly against the Euro and the Yen. So, the uptrend continues for the Buck, although, we decided to open a counter trend trade in AUD/USD. We’ll see how it works out.

Cryptocurrencies Retrace Down, But Is The Pullback Over?

Cryptocurrencies have made a swift reversal after a massive downtrend which lasted from late December 2017 until early April of this year. Major cryptos, including Bitcoin, reached the 50 SMA on the weekly charts where they found solid support and they started their recovery from there.

Since then, Bitcoin has followed a solid uptrend, which has been followed by other altcoins. We have seen cryptocurrency sellers try to reverse the trend and send Bitcoin back down, but such events have been short-lived and the buyers have remained in total control for about a month now.

Today, we are seeing the sellers have another go and they have succeeded to some degree. Bitcoin reversed form below $10,000 and has lost around $700. This could be a reverse since it began near $10,000. Perhaps, the buyers reached their target and the sellers became active in protecting its resistance, so the reverse makes sense.

Or perhaps, this is just another retrace before the next leg up. To me, this seems more like a retrace. The previous candlestick looks like a hammer on the H4 chart, while the 100 SMA (green) is providing support. The stochastic indicator is oversold so the retrace seems complete.

The next logical move now seems to be bullish. This looks like a good opportunity to go long on Bitcoin, although, there’s still some more room on the downside if you look at the daily Bitcoin chart. So, we will observe Bitcoin today to see if the retrace down is really over. 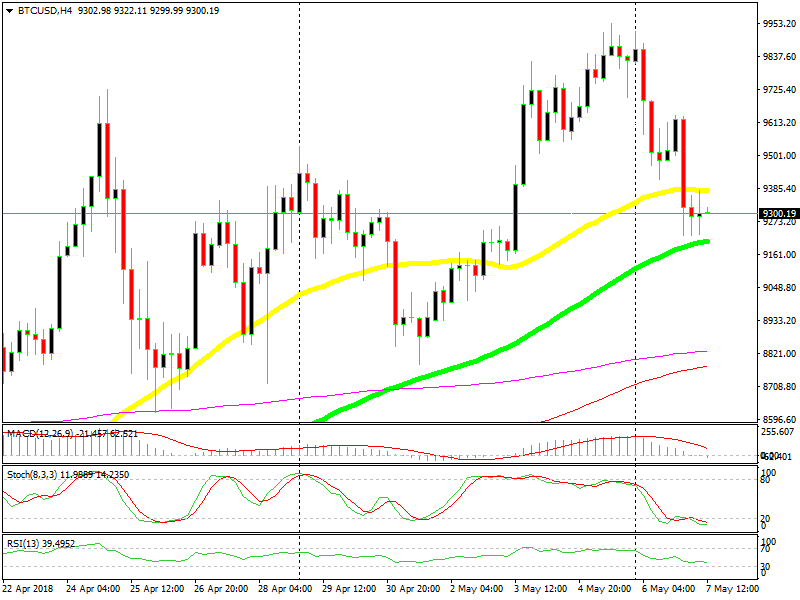 The chart setup points to a reversal soon 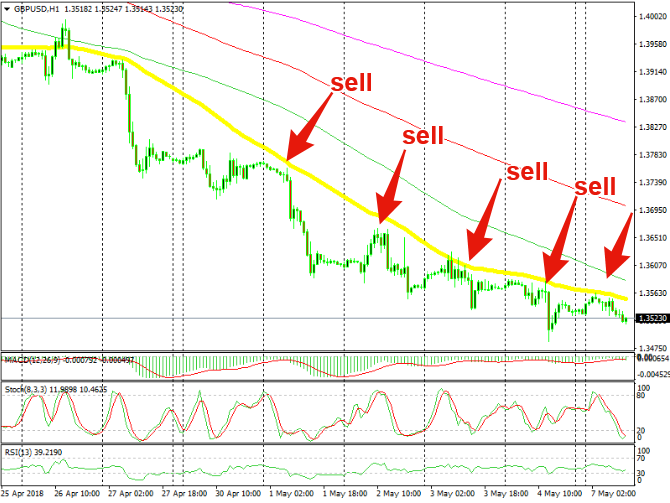 These two factors are more than enough to pick out a trade right now. The trend has been bearish for three weeks and remains at bearish for now. We have opened a few sell signals here, all of which have been profitable, so down is the way to go for GBP/USD traders.

The economic data is very light again today, although we do have two FED members speaking later on. They might give us some clues on what the FED thinks about the lower unemployment rate on Friday and the weak wages as well.