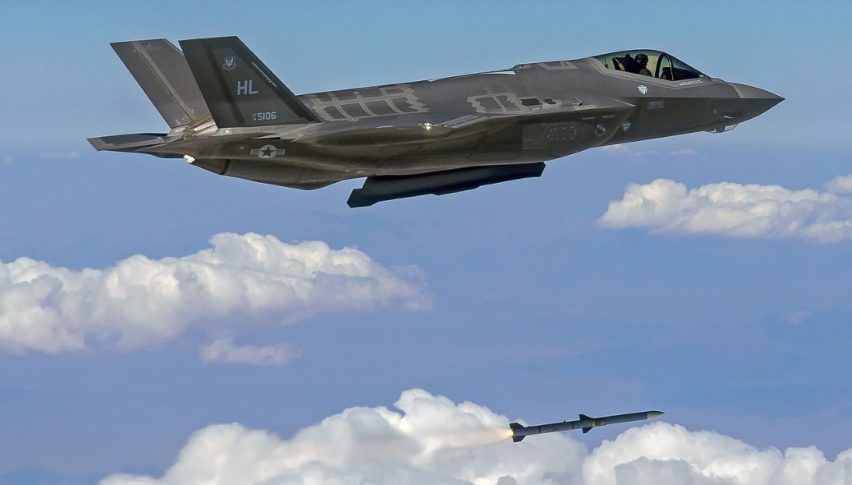 Fears Over A "Hot" War In Iran Have WTI Crude Oil On The Bull.

Today’s Wall Street open has been positive considering the news cycle of the last 24 hours. Amid fears of fallout over U.S. withdrawal from the Iran nuclear deal, stocks are trading in the green. For the first hour of trade, the DJIA is up 35 points and the S&P 500 ten.

The remainder of the trading week will be dominated by geopolitical factors. Termination of the Iran nuclear deal, as well as the upcoming meeting between U.S. President Trump and North Korean Premier Kim Jong Un, are set to fundamentally drive the financial markets.

Over the last 18 or so hours, I have tuned into several mainstream media outlets to gauge the overall sentiment toward President Trump pulling the U.S. out of the Iran nuclear deal. The issue is certainly polarizing and there seems to be no middle ground. Trump opponents view the move as a possible precursor to a hot war in Iran. Conversely, supporters view it as a step in the right direction. To say that the debate is “heated” may be the understatement of the year.

The big question is this — is anyone really surprised at Trump’s decision?

Pre-market coverage on CNBC, Bloomberg, and Fox Business alluded to the possibility of the sky falling on today’s open amid uncertainty. Why? Trump stated during the 2016 campaign, the Summer of 2017, and January of this year that he intended to renegotiate or exit the Iran nuclear deal. How could Tuesday’s announcement be taken as anything but a mere formality?

Of course, the answer is ratings. Panic is easily sold, as is paranoia. Unfortunately for active traders, these items shake our business up and are difficult to account for. Aggressive risk management is a must amid charged news cycles.

In yesterday’s commentary, Trump stated that the summit with North Korea is coming very soon. Earlier today on Twitter, he announced that the place, date, and time have been set. As we near this historic event, it is anyone’s guess how the markets will react. Volatility and media-driven trading are likely to become regular parts of everyday trade.

In the coming days and weeks, being in full control of your risk exposure will be critical. Times like these are when trading smart pays huge dividends!