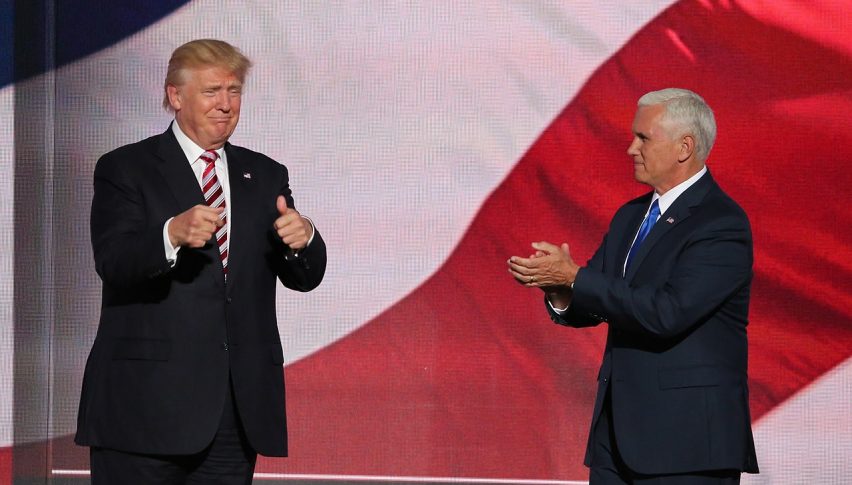 The market sentiment has improved today and the commodity currencies are feeling some love at last. Another sign that the market is feeling better now, is the slide in safe haven assets such as the JPY and Gold which have accelerated the downtrend this morning. Bitcoin and other major cryptocurrencies made a reversal last Friday, ending the downtrend of last week, so they are on a bullish run now.

By the end of last week and over the weekend, the global political situation improved somewhat. The trade tensions between the US and China have relaxed a bit. There were comments over the weekend that the US and China are making progress on trade talks. China accepted to buy more US goods and let the domestic consumption increase, which would shrink the US trade balance deficit with China.

The Chinese Foreign Minister Lu Kang said earlier this morning that China doesn’t want trade tensions with the US and hopes that trade frictions between the two giants don’t resurface.

On the other side of the Pacific Ocean, Donald Trump was up early tweeting about the issue. He said that China has agreed to buy more agricultural products and the tariffs and barriers on China will come down soon for the first time ever. But, Trump also said that fair trade with China will happen. That last tweet is not very encouraging, it sounds more like a threat, again. He does tweet a lot, doesn’t he? That’s how Donald Trump is running the US Cabinet. So, the market sentiment has improved, but all it takes is another negative/aggressive tweet from Trump towards China and the market sentiment will flip just like that, reversing the forex market back down.

The Italian politics seem to be on the right path at last. Italian politics are the most unstable across Europe. Finally though, the two leaders of the Cinque Stelle (Five Star) and Legga Nord (Northern League) agreed on a coalition last week and today they went to get their blessing from the Italian President. This is a positive development on one hand, but the political agenda of this coalition looked negative for the Euro and probably the EU until several weeks ago since they were indications in their plans to leave the Euro and adopt the Italian Lira back. Although, they said that they won’t mess with such a sensitive case, particularly after Brexit. But, you never know what might come up next, so we will have to keep an eye/ear on Italian politics as well now, I know the ECB is.

Bitcoin and other major cryptos have been on a bearish run in the last two weeks. Bitcoin jumped off the 50 SMA (yellow) on the weekly chart in the beginning of April and it traded on a bullish trend during the entire month.

But, the price reversed back down at the 20 SMA, as you can see. It just touched that moving average and began to reverse after forming a doji/spinning top right below it. These candlesticks are very helpful when trading. They indicate a reverse, particularly when the price is at a certain level or indicator such as the 20 SMA.

Bitcoin broke below $8,000 and reached $7,900 so by the middle of last week I was thought that it was heading for the 50 SMA again. That would be the second try in a short period of time, so it would be a red flag for cryptocurrency buyers. Perhaps, the 50 SMA would be broken this time.

But, the buyers started getting active by the end of the week. Bitcoin climbed back above the $8,000 level. The bullish signal here is the weekly candlestick again. Three weeks ago, Bitocin formed a doji and started reversing lower. This time, it has formed a pin which is a stronger reversing signal. Will we see Bitcoin move higher this week and resume the uptrend of April? Well, the reverse is already underway. So, it remains to be seen if the uptrend will resume. We are long on Bitcoin with a buy forex signal which we are keeping, hoping to make a nice profit here. 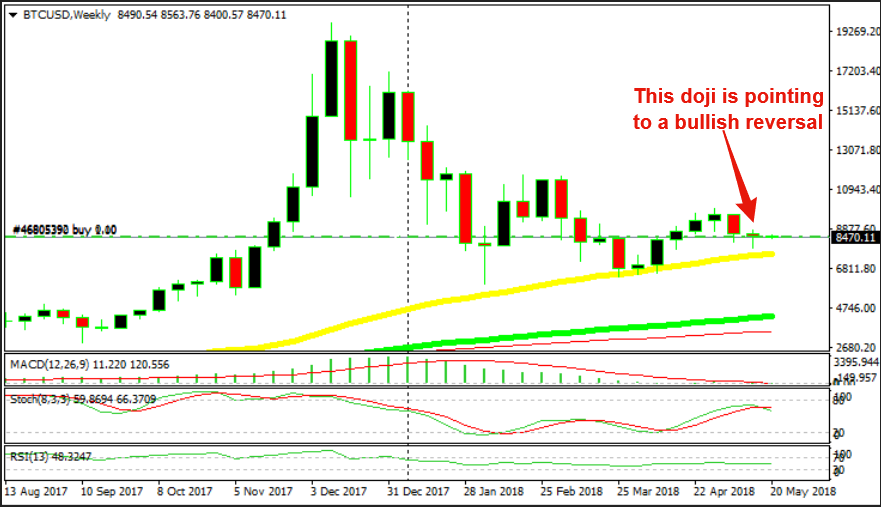 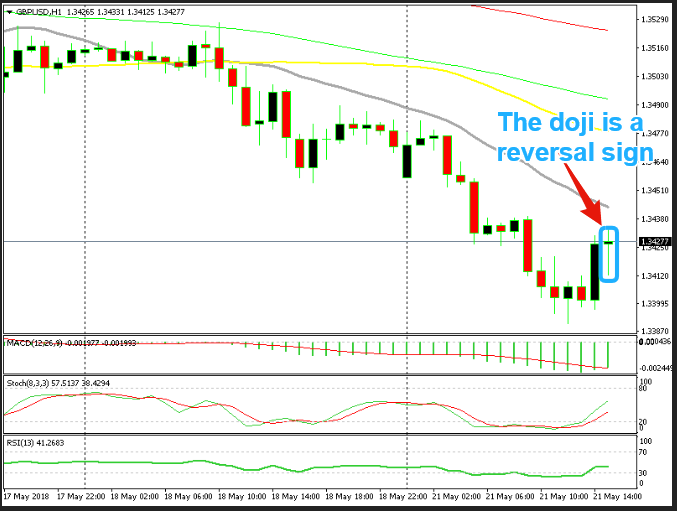 We had a long term sell forex signal in this pair but closed it last week at 1.3530 as GBP/USD was retracing higher. Well, the downtrend resumed again and today the sellers broke below the support at 13450s, reaching 1.3390. It has been retracing higher in the last two hours. But it seems as if the retrace might be over soon since stochastic is almost overbought. So, it seems a good idea to go with the trend here and sell GBP/USD. Although, I might wait until a bit longer, until the 20 SMA catches up with the price.

The commodity currencies are getting some nice bids while the safe havens are getting battered. So, the market sentiment looks positive today. But, don’t bet your house on it because everything might reverse in a heartbeat. Keep an eye on the political and forex news because there is not much on the economic calendar today.

GBP/USD Struggles Below Trendline Resistance $1.2300 - What’s Next?
7 mins ago