Morning Brief, Nov 2: US NFP vs. Gold – What to Expect from the Market Today? - Forex News by FX Leaders

Morning Brief, Nov 2: US NFP vs. Gold – What to Expect from the Market Today?

The NFP (Nonfarm employment change) and the unemployment rate, both these economic events will be closely monitored at 12:30 (GMT). Looking at the forecast, the NFP is expected to be rise by 194K vs 134K during the previous month. On Wednesday, the ADP figure came out better than the forecast and due to its positive correlation with the NFP, investors are expecting the same kind of news from the NFP.

What we can expect from the NFP today?
It appears like the Greenback is less likely to strengthen on the news release (194k forecast) as most of it is already priced in. In fact, better than a 194K figure can fuel the bullish trend in the dollar. On the other hand, investors are expecting no change in the unemployment which is likely to remain at 3.7%.

Average Hourly Earnings m/m – In addition to the nonfarm payroll and unemployment rate, we need to focus on the average hourly earnings as well. In October, the earnings picked up to 0.3%, signaling a growth in the labor market but economists aren’t much optimistic about this month’s report. The figures are expected to drop to 0.2% from 0.3%.

On Thursday, our forex trading signals on gold did pretty well and we managed to grab green pips by selling and buying throughout the day.

The bullion market continued with its bullish trend over weakness in the dollar. Most of the bearish trend initiated after the Bank of England kept interest rates steady on Thursday and hinted at slightly faster future rate rises if Brexit goes smoothly. 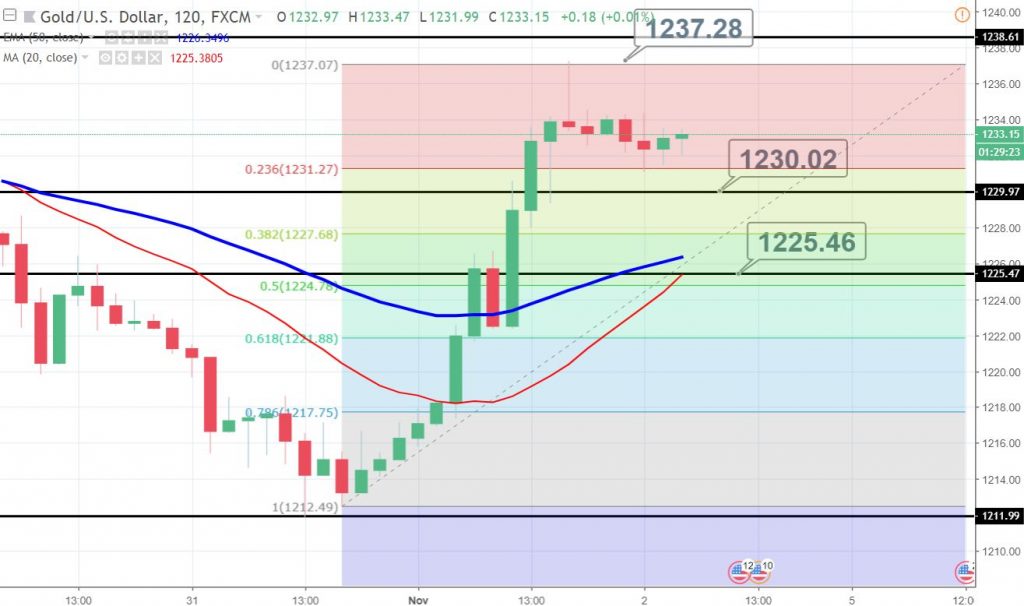 For the moment, you can see a tug of war between bulls and bears. The market is likely to trade in the same range of $1,210 – $1,237 until the release of labor market figures.

Good luck and trade with care. Have an awesome weekend!

Daily Brief, Jan 20 - Everything You Need to Know About Gold Today!
4 hours ago

US Dollar Dips as Yellen Calls For More Stimulus, Without Worry of Debt
4 hours ago