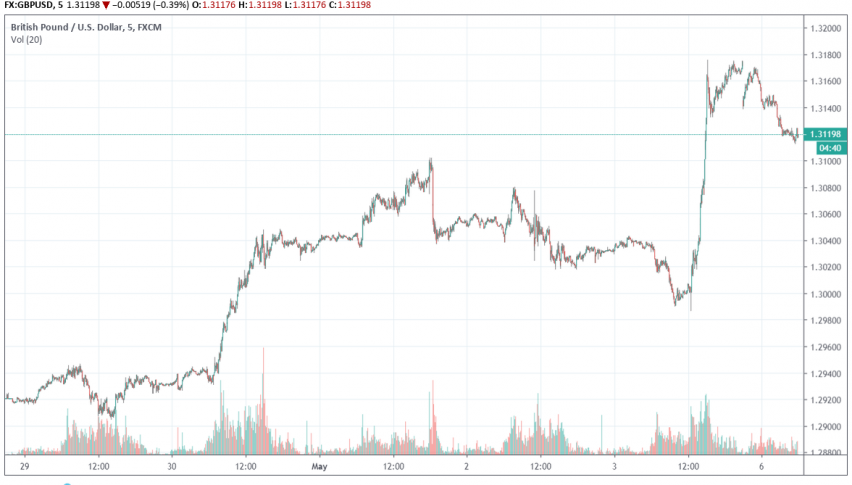 GBP Looking Up in Hopes of Progress on Brexit Deal

Things have been looking up for GBP/USD on account of progress in Brexit talks. The Cable surged past 1.31 on Friday and has been holding at this level since then. The move was triggered on opposition Labour Party’s comments insisting that it’s high time to end the deadlock over Brexit and finalize a deal.

The GBP also rose to a one-month high against the Euro after this news, with EUR/GBP trading at around 0.85 at the time of writing. The optimism among GBP traders could also be the effect of the 3-day weekend in the UK, which could have prompted them to close short positions.

The election results have convinced Jeremy Corbyn, leader of the Opposition, to fast-track Brexit discussions and get it passed through the Parliament at the earliest. Markets clearly continue to remain tuned to any news coming out that shows Brexit talks are making progressing.